That may be distressing for Egyptian democracy, but it could help the Israel-Egypt relationship.


Sunday’s decision by military rulers in Egypt to rewrite the country’s constitution, a move that strips much of the power of the Egyptian presidency, confirms what many skeptics had been warning everyone about since Hosni Mubarak was deposed in February 2011. That this wasn’t so much a revolution as a military coup.

It was the Egyptian army that played the decisive role during the 2011 uprising, siding with the people against the regime and overthrowing Mubarak. It was the military’s leaders who then assumed control of the country. It was the army that again intervened this week in the middle of a presidential election that would have delivered control of the country to the Muslim Brotherhood candidate, Mohamed Morsi.

A few days before this weekend’s presidential vote, in which Morsi edged Ahmed Shafik, a former Mubarak-era prime minister and air force general, the military dissolved the country’s Brotherhood-dominated parliament. It did so by declaring that up to one-third of the legislators were elected illegally.

Results early Monday morning showed Morsi with 51.8 percent of the vote to Shafiq’s 48.1 percent with 98 percent of the more than 13,000 poll centers counted. Some 24.6 million votes were cast. Official final results were not expected until later in the week. The Brotherhood’s declaration was based on results announced by election officials at individual counting centers, where each campaign has representatives who compile the numbers and make them public before the formal announcement. The Brotherhood controlled 47 percent of seats in the body after Islamist parties captured more than 65 percent of the votes In Egypt’s first real democratic elections six months ago.

The moves against the parliament and the presidency make clear that Egypt’s military rulers are unwilling to cede power to a democratically elected government, especially if elections empower the Muslim Brotherhood.

“With this document, Egypt has completely left the realm of the Arab Spring and entered the realm of military dictatorship,” Hossam Bahgat, director of the Egyptian Initiative for Personal Rights, said in widely quoted comments.

“It is a soft military coup that unfortunately many people will support out of fear of an Islamist takeover of the state,” Bahgat told The Associated Press. That may be bad news for democracy and the Egyptian revolution, but it could be good for Israel. Ever since Mubarak was overthrown, Israeli leaders have worried about the increasingly bellicose signals from its neighbor to the south, once a key ally and broker between Israel and the Palestinians. Leading Egyptian political figures have threatened to cancel or promised to “review” the Israeli-Egyptian peace treaty.

In April, the state-owned Egyptian gas company canceled its contract to supply Israel with natural gas; its pipeline to Israel has been attacked 14 times since the country’s revolution. Egypt’s Sinai Peninsula has been used as a staging ground for terrorist attacks against Israel, including a deadly one on Monday. If the Muslim Brotherhood, the parent organization of Hamas, were to have taken control of Egypt, Israelis feared things could get much worse.

Despite this latest move, it’s far from clear whether Egypt’s military rulers, led by army Field Marshall Mohamed Hussein Tantawi, head of the Supreme Council of Armed Forces, or SCAF, have successfully fended off the challenge by the Muslim Brotherhood. Many Egyptians have denounced the dissolution of parliament and unilateral rewriting of the country’s constitution by the military leaders as illegal.

“The SCAF has become a state above the state with wide legislative and executive powers, a veto on constitutional and other political matters, and stands immune to any challenges,” a liberal member of Egypt’s Parliament, Amr Hamzawy, wrote in Arabic comments posted to Twitter and then reported by Egypt’s daily Al-Ahram. “We need to use all peaceful means to challenge this dangerous scenario, as it is a national duty and a necessity.”

Still, the election gives the Brotherhood’s Morsi some modicum of authority. Whether the Brotherhood will use that authority to challenge the army or seek some sort of accommodation with Egypt’s military rulers remains unclear. 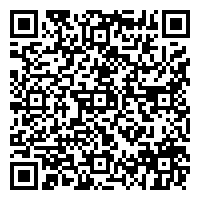