A new survey shows that 65% of Jewish Israelis believe that an attack on Iran to thwart its nuclear ambitions would be less dangerous than living under the specter of a nuclear Iran, Haaretz reported Wednesday.

The question asked whether the respondent agreed with the assertion that the price Israel would have to pay for living with the threat of an Iranian bomb would be greater than the price it would pay for attacking Iran’s nuclear facilities. 26% percent disagreed with the statement, while 9% expressed ambivalence.

The poll was conducted by Professor Camil Fuchs for the Jerusalem Center for Public Affairs. Fuchs also supervised the March 4-5 Haaretz Dialog poll which showed that 58% of Israelis polled opposed an Israeli strike on Iran, without U.S. support.

In a representative sampling of 505 Jewish Israelis, 60% also agreed with the statement that only military force could halt Iran’s nuclear program, while 37 % disagreed; and when asked if they believed that Israel’s home front will suffer equally whether its Israel that attacks Iran or the United States, 63% answered in the affirmative, as opposed to 29% who disagreed.

The survey also found that 64% of Jewish Israelis polled believe that the IDF could inflict significant damage Iran’s nuclear program, with 29% disagreeing.

Breaking down the responses further, Haaretz reported that religious Zionists were the most resolved about confronting Iran, and expressed the most confidence in the IDF’s ability to launch a successful strike against Iran.

These results, coupled with the earlier poll by Haaretz, suggest an apparently contradictory picture of Israeli feelings on Iran. But Israelis are simply saying: “Iran is an existential threat. The only way to deal with this threat is militarily. We will suffer no matter who strikes Iran. We believe Israel can launch a successful strike. But we really don’t want to go it alone – with all the denunciations, condemnations, and anti-Israel activity that is sure to follow, (and American cover is nice).” 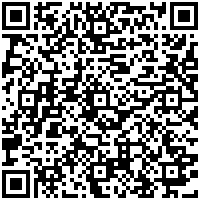