This man tried to redeem himself by clarifying: “ISIS does not represent us or represent Islam. We are against violence everywhere…Be with democracy not with dictators. We have to help democratic governments to end occupation everywhere.”

The anti-Islamic State sentiment continued with another speaker, an Islamic scholar, adding: “We denounce any kind of terrorism. As you heard – Islam is a religion of peace. We oppose every kind of terrorism wherever it is.”

Another speaker, Imam Tafsirli from the Harlem Islamic cultural center, also denounced the Islamic State terrorist group as being other from the Muslim peoples of Iraq and Syria:

You cannot be a Muslim without believing in Jesus. Mohammed came to the entire world… he almost fell into doubt, but God reminded him about Abraham the father of monotheism. Let your life be for God and let your death be for God… ISIS is not Syria. Isis is not Iraq. Isis is not Islam.

In the same breaths, however, he called for a “coalition to take care of the children of Palestine.” He added another political sentiment, “greet[ing] the commissioner” and noting that Muslims “make his work easier. We do not sell alcohol or drink alcohol we do not drive drunk. We do not kill women and children in cars on the road.”

Other speakers also spoke directly of politics. Mohammed Unis, another speaker, spoke of “voting power. Financial donations. The issue on Palestine is all about justice.”

It is not clearly known how the event was organized. As mentioned above, only a number of men were listed as leaders in the event, and described as serving on the Board of Trustees of the Muslim Foundation of American, Inc..

The President of this foundation, Brother Ainul Haque is apparently an accountant who practices in Astoria, Queens. In 2009, Ain Al-Haqe was arrested and convicted for filing fraudulent tax returns for his clients. Without shame, he has advertised his Crescent Accounting Services in the Parade brochure.

Senior Vice President, Dr. Shafi Bezar, is listed next. He is a retired surgeon who, at the 2012 Muslim American Day parade, chanted repeatedly, and emotionally, from the dais: “We will die for our belief: ‘There is no G-d but Allah and Mohammed is his messenger.” He also called for “Takbir” (expansion) three times and led the assembled in a Nazi-like salute.

Trustee Shabbir Gul’s FaceBook page says that he is a Pakistani, from the Punjab. Most of the photos are of himself or of his children. One woman, presumably his wife, is wearing black hijab and dark glasses. He belongs to a number of associations including the Maimonides Interfaith Society, (which features anti-Zionist Karen Armstrong) and the ICNA—an acronym which is not spelled out but should not be confused with the Islamic Circle of North America. However, if you visit their website (that of ICNA) you will see that their members marched “for Gaza” in many cities across the country. Malomaat, another organization, is in Punjabi, or Urdu, or perhaps Bengali but seems to be religious in nature. Muslims for Humanity Relief is another organization that Gul belongs to. With some exceptions, this one mainly assists Muslims, Muslim communities and Muslim centers in distress. 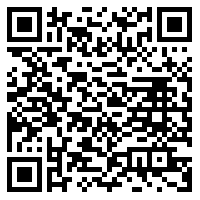