ISIS is busy neutralizing the Syrian factions that might make common cause with the United States. On Thursday, Breitbart London reported that several dozen leaders of Syrian rebel factions opposed to ISIS, who were gathered at a meeting in northwestern Syria, were killed in a massive explosion on Wednesday. Huffington Post on Friday evening summarized reports that ISIS has signed a non-aggression deal with a separate group of rebel factions in Syria, nominally so that all of the factions can continue to fight the Assad regime. According to the Dubai-based Arabic news site Orient News, one of the signatories to the agreement is the Syrian Revolutionary Front (SRF), a group that has received U.S. support and has been touted as a likely partner for a U.S. strategy to oppose ISIS in Syria.

The SRF has been losing ground in recent weeks, suffering a major blow when one of its top commanders was killed at the end of August. At the same time, the SRF was reported to be fighting alongside al-Qaeda-affiliate Jabhat al-Nusra in southern Syria, including the battle for the crossing point with Israel in the Golan over which the rebel factions claimed control on 27 August. Now it appears that the non-aggression pact with ISIS was brokered by Jabhat al-Nusra. None of this comes as a surprise to those who’ve been following along with Patrick Poole at PJ Media. On 3 September, Poole outlined the continuing cooperation of factions in the Free Syrian Army with ISIS and Jabhat al-Nusra – cooperation that has resulted in a flow of U.S.-supplied weaponry to the latter two armies. On 9 September, he expounded on a report from the Los Angeles Times that one of the “vetted moderate” groups, Harakat Hazm, is quite open about fighting alongside Jabhat al-Nusra. The U.S. has already given this group anti-tank missiles. Appended to Poole’s analysis is the tweeted text of an alliance agreement concluded by “vetted moderate” faction Harakat Hazm and other similar groups with Jabhat al-Nusra. The text was tweeted on 8 July. It’s not just credible, it’s highly bloody likely that some of the rebel factions – including U.S. client SRF – have indeed made a pact with ISIS. The fact that it won’t be worth a bucket of warm spit ought to serve not as an encouragement to U.S. delusions of a meaningful alliance in Syria, but as a warning. The evanescent quality of alliances and deals among factions in Syria is a terribly unpromising condition for Obama’s proposed mode of passive-aggressive U.S. military operations there. So is the ease with which ISIS (almost certainly) has just blown nearly 50 of their leaders up. It’s hard to issue the warning about this trenchantly enough – and a similar concern must apply in Iraq as well, given the parlous state of national unity and regional cohesion. Iraq may look simpler and less like a free-for-all, but ISIS is already there, and with each day that passes is able to build a more extensive network of clients and affiliated cadre around the area in which the U.S. plans to operate. This would be one thing if we were going in in force. But we’re not. Our posture in northern Iraq will bear no resemblance to what we’ve been used to in Afghanistan for the last five years. In Afghanistan, we have tens of thousands of troops still, and sizable, heavily fortified redoubts to quarter them in. The size of our forces and their level of protection are still prohibitive for the Taliban outside the fences.

Overextending It cannot be overemphasized that that will not be the case in Iraq. We aren’t sending in a force with overwhelming superiority. In fact, we’re actually going to be putting a small concentration of troops who aren’t professional ground-pounders in a very vulnerable position in one place in particular: the air base at Irbil (or Erbil) in the Kurdish region of northern Iraq, where we will reportedly be basing strike-fighters. I’m really not sure why we’re doing this. I mean, I know why: the Turks won’t let us use their air bases to launch strike-fighters for attacks in Iraq or Syria. To operate Air Force F-15s or F-16s in either country, the most convenient operating base will therefore be in Iraq. (Up to now, Air Force strike-fighters have been using bases in Kuwait and Qatar. Navy F/A-18s have been operating from USS George H. W. Bush (CVN-77) in the Persian Gulf. This makes for long flights and abbreviated availability on-station, however.) We have had a small number of combat helicopters and MV-22 Osprey tilt-rotor aircraft at Irbil since early August, providing air support for Kurdish fighters in northern Iraq. (Drones are presumably being flown out of Irbil as well.) It’s not that we don’t have a small concentration of troops and high-value weaponry there already. It’s that we’re going to be expanding the size of it, but without changing the basis for our presence or operations. Irbil is an exposed and poorly defended facility, especially for a guerrilla force that quite probably is armed with antitank missiles (which can be used effectively against anything big with a nice heat signature) and a variety of shoulder-fired and battlefield rockets. The New York Times has been posting a useful set of graphics throughout the ISIS campaign (here), and has an excellent generic view of the approaches to Irbil (below; the original annotations relate to events in early August). Of particular note is the short distance between Irbil and the line of ISIS control to the west, which today is about 35 miles. The darker shaded areas on the terrain view indicate spots where ISIS-led fighters have recently conducted attacks on Kurdish forces. 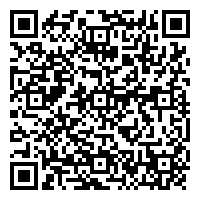