A British sporting goods chain has apologized for a security guard preventing identifiable Jewish preteens from entering one of its stores.

The seventh-graders were wearing the uniforms of the Yavneh Academy, a Jewish secondary school, when they attempted to enter the Sports Direct store in Borehamwood, Hertfordshire, on Friday, the Jewish Chronicle reported. The guard stopped them at the door and said “no Jews, no Jews.”

Other Yavneh students who wore coats over their uniforms were permitted to enter.

The company apologized and removed the guard, who was fired from the security company for which he worked.

Unlike in Turkey, at least the Jews still were considered human beings.

The Jewish newspaper Salom reported that a mobile phone accessories store in Istanbul posted a sign in the window stating, 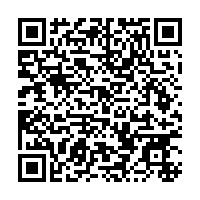