One of the greatest sins of the Obama administration has been the absolute destruction of the Department of Justice. Once the agency tasked with keeping American government honest, the DOJ has now become a designated political hit squad led by the White House. The latest evidence: three separate DOJ field offices wanted to fulfill the FBI’s request to investigate the Clinton Foundation, but the DOJ turned them down.


And the DOJ doesn’t care.

Most Americans now shrug at such improprieties.

That’s because Barack Obama has hollowed out whatever moral core was left at the DOJ. As early as 2011, former DOJ attorney J. Christian Adams revealed that the DOJ had dumped its investigation into the Black Panthers for voter intimidation for racial reasons. According to Adams, “The end result when racial extremists dominate such a powerful division of federal law enforcement is, in a word, lawlessness.” Adams reported that the DOJ hierarchy implemented a “long campaign of political resistance to the Panther lawsuit that ultimately resulted in the dismissal of most of the case – after we had effectively won it.”

And of course, the DOJ, headed by Eric Holder was involved in corrupt dealings from Fast and Furious gunwalking to the racially-motivated investigations into the Trayvon Martin shooting and the Michael Brown shooting. The Holder DOJ spied on journalists from both the Associated Press and Fox News. They refused to prosecute the IRS’ Lois Lerner for clearly abusing her power in targeting conservative 501(c)3 applicants. In June 2012, Eric Holder was held in contempt of Congress, and Obama promptly defended him by utilizing executive privilege.

Now, Loretta Lynch’s DOJ has become the rightful heir to Holder’s dishonorable legacy. But that’s no surprise: when government is this big and this powerful, Democrats will use that power to their own advantage.

No wonder Hillary Clinton can sleep well at night. She knows that no matter what she does, her defenders at the DOJ will shield her from harm. 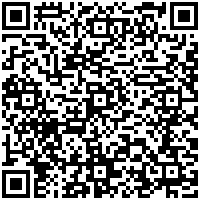