On Tuesday, Palestinian lawyer Diana Buttu angrily proclaimed in a New York Times op-ed that “the U.A.E.-Israel flight Is Nothing to Celebrate.” Her rationale? “It’s a slap in the face of Palestinians, who can no longer count on Arab states for political support.”

On a deeper level, what seems to truly irk Buttu is the fact that the historic flight from Israel to the United Arab Emirates was the outcome of a deal made last month over which the Palestinians did not enjoy veto power. Muhammad Shtayyeh, the Palestinian prime minister, was so infuriated over being left out of the picture that he declared the flight “a clear and a blatant violation of the Arab position toward the Arab-Israeli conflict.”


This “clear and a blatant violation of the Arab position” was followed with a U.S.-brokered deal under which Serbia will move its embassy in Israel to Jerusalem, and Kosovo – a Muslim nation – will begin to normalize ties and establish diplomatic relations with Israel.

This earth-shattering news – coupled with the already game-changing news that additional Arab states, including Sudan, Bahrain, and Oman, may soon normalize relations with Israel – is stark evidence that the Trump administration is leading the world into a future of Biblical proportions.

As we near Rosh Hashanah, we cannot help but reflect on the momentous times we live in. We are truly seeing the vision of the prophet Isaiah unfold when “nations will cease to lift up the sword against one another and terminate the study of war” (Isaiah 2:4).

Unfortunately, some wish to destroy – or at least inhibit – the realization of this vision, choosing to cling to a path of hate and despair. Buttu and her allies will continue attack President Trump and continue to side with terrorists and extremist regimes while ungratefully spitting in the face of the United States and other countries that sent the Palestinian Authority billions of dollars in aid hoping that it wouldn’t get misappropriated in the name of peace.

Saeb Erekat, Secretary General of the Palestine Liberation Organization, recently responded to me on Twitter, tweeting that he seeks a two-state solution at the ‘67 borders with “[p]eace based on fairness and justice.” He also, however, threatened that the PLO would sever relations with any country that opens an embassy in Jerusalem.

He wouldn’t answer why the PLO – which was founded in 1964 – didn’t demand Jerusalem from the Jordanians from 1964-1967 and why there’s still a death penalty for an Arab who sells land to a Jew.

At this crossroads, President Trump has shown great leadership and courage. He has offered the region an opportunity to take advantage of all the goodness Israel has to offer without the lingering guilt of the PLO over their heads.

Meanwhile, the Arabs of Judea, Samaria, and Gaza have not been abandoned. Far from it. The realignment of the Middle East presents an opportunity for them to free themselves from the tyranny of the PLO and its radical vision. The question is: Are they willing to live in coexistence with Israel as part of a greater Middle East or would they rather remain in oblivion?

In the coming years, Trump can shatter yet another glass ceiling by truly abandoning the two-state solution once and for all. At first it will be painful, but as his first term has taught us, Trump has the capacity to make a difference when people least expect it.

By steering from the conventional wisdom of the last 25 years, Trump has proven that sometimes a little twist can create the impossible, and, with the impossible, great things can happen. 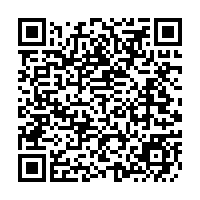