A businessman from Abu Dhabi who is interested in investing in Beitar Jerusalem confirmed that the deal is real, and that accountants and lawyers are already in the picture to check the feasibility of the move financially and legally. The story was first published by i24 News last Thursday and on Saturday night was confirmed by Kan 11.

According to the report, the man from the UAE told his associates: “The deal is real and on the table. There have already been several zoom calls. Accountants and lawyers have entered the picture to examine the feasibility of the move financially and legally.”


Regarding the reason for wanting to buy into Beitar Jerusalem of all teams, the anonymous businessman told his associates that he has had a friendship with Beitar owner Moshe Hogeg for several years and the two did business together in technology. Now that there a peace agreement between the countries is pending, it would be possible for him to enter into a partnership with Hogeg in the field of football as well.

The question Israelis who are familiar with Beitar Jerusalem are likely to ask is probably what he says about the vociferous hostility of Beitar Jerusalem fans against the team’s own Muslim players and against Israel’s premier league’s Arab teams.

The most vocal supporters of Beitar Jerusalem make up the controversial La Familia group. These fans are well known for their opposition to integrating Arabs into the club and they are proud of the fact that Beitar Jerusalem is the only team in the league never employed an Arab player, although it had several Muslim, non-Arab players. Fans in and out of the stadium’s stands chant anti-Arab slogans, for which the club has been penalized many times.

Nigerian player Ndala Ibrahim, a Muslim, was on the team briefly in 2005 on loan from Maccabi Tel-Aviv, played 4 games, was mobbed by Beitar fans and soon returned to Nigeria. In 2013, the team signed two Chechen Muslim players, which fans protested, displaying a banner with the slogan “Beitar – forever pure” during a game and chanting anti-Arab slogans at a match the day the players were signed. Four fans were arrested. On February 8, 2013, two fans set fire to the club’s administrative offices in retaliation for hiring Muslims. On March 3, 2013, one of the Chechen players scored his first goal for Beitar during a league game against Maccabi Netanya, resulting in hundreds of Beitar fans leaving the stadium. Finally, in 2019, Beitar Jerusalem fans demanded that Ali Mohamed, a Christian from Niger who had signed with the club, change his name, because Mohamed sounded too Muslim.

The clearly optimistic businessman from Abu Dhabi responded to the team’s history telling his associates: “Fanaticism is rooted in ignorance and fear of the other. If there is a spirit of tolerance, we can create an atmosphere of pure friendship between ourselves and others. Sports is a universal language endowed with tolerance and peace between nations and peoples. I like the fact that the Beitar fans are dedicated and loyal to the team and will soon understand that the people in the Emirates want peace and coexistence. What’s required of us is to respect Mankind regardless of race or religion.”

Finally, the businessman also called on more people in the Emirates to take an interest and enter into partnerships in Israeli teams. He prefers to maintain his anonymity for now because he is very apprehensive about being exposed and wants to wait until things between his country and Israel mature.

So perhaps he is a realist after all… 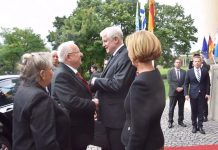 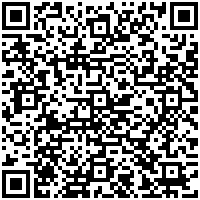