While thousands of U.S. soldiers recently returned home from the Middle East, their redeployment to the area may be imminent due to the ongoing developments on the Iranian nuclear front.

Concern for the safety of our military men and women and gratitude for their sacrifice is expressed weekly in more than 600 Jewish congregations throughout the country that recite a special prayer composed and implemented a decade ago.


On September 11, 2001, the coordinated al Qaeda suicide attacks on the United States shook our country to its core. The U.S. responded by enacting the USA PATRIOT Act and initiating Operation Enduring Freedom on October 7, 2001 when President George W. Bush dispatched U.S. troops (with UK and coalition allies) into Afghanistan to dismantle the Taliban regime that was harboring al Qaeda.

The response by the American Orthodox Jewish community to these horrific events followed similar responses in previous times of crisis that always included a spiritual component. Indeed, when King David sent troops to the front lines he would assign a parallel group to stay back immersed in prayer.

At the initiative of Rabbi Fabian Schonfeld, emeritus spiritual leader of the Young Israel of Kew Gardens Hills, New York, a new prayer was composed and disseminated by the Rabbinical Council of America to congregations throughout the country. Titled “A Prayer for the Safety of the American Military Forces,” the composition articulated hope for the well-being of every soldier risking his or her life to prevent the spread of terrorism and the recurrence of the devastating 9/11 tragedies.

When Rabbi Schonfeld asked me to author this prayer, several factors required resolution before I undertook the challenge.

A tefillah is a collective religious expression, traditionally written by rabbinic sages and intended for recitation in perpetuity. On the other hand, the prayer I was asked to compose would fall into the category of a techinah, a supplication that can be effectively uttered by any individual who is in a personal, meaningful dialogue with God. Jewish liturgical literature records many such pleas, originated by both revered and simple men and women in conjunction with both happy and sad occasions. Some supplications are recited by women at candle-lighting time on Friday night, while others may be inserted into the weekday Amidah service and adapted in response to circumstances.

I realized that in this case the term “tefillah” was a misnomer. As a result, my initial apprehension was abated. I recognized that the goal of my techinah should be a supplication on behalf of the valiant military men and women who were deployed in harm’s way to protect the ideals of world peace and security. Attempting to embark on such a challenge was less presumptuous and more modest than writing a tefillah.

Through preliminary research, I discovered that no other segment of the American Jewish community initiated a meaningful religious medium by which they could express gratitude to those who were sent to the battlefield on our behalf. I was, therefore, intent on composing a prayer that would be widely accepted and recited in synagogues under every denominational banner. I was conscious of the need to include in the text words and phrases that were optimistic and encouraging rather than words that spoke of vengeance, retaliation or retribution. I believed that such an affirmative message would be unifying and appealing to congregations composed of a diversified spectrum of worshipers and participants (as indeed has been the case).

Based on my belief that God is the all-encompassing, unifying Force in the world, I wanted to prepare a prayer that would further strengthen our connection to Him, and concurrently strengthen our bond to all humanity, thereby bringing the world closer to its goal of peace and an all-embracing redemption. For this spiritual reason, and for the sake of preserving the classic liturgical flavor of this contemporary prayer, I endeavored to anchor my composition in sacred words of the Bible and of the traditional Siddur and Machzor.

Moreover, I conceived this supplication as a component of the traditional tri-level rabbinic formula for confronting a hostile enemy with diplomacy, prayer and war and thereby prevailing on the battlefront.

Accordingly, the full text I was pleased to release in the winter of 2001 accentuates the positive and incorporates a universal and inclusionary message of faith and optimism. The response to the prayer has been overwhelming. It recently was incorporated into the Koren Siddur edited by Chief Rabbi Lord Jonathan Sacks (who, separately, adopted it as a prayer for the welfare of the British armed forces). And it was published as the closing entry in Contending With Catastrophe: Jewish Perspectives on September 11th (edited by Rabbi Michael Broyde and published by the Beth Din of America).

Hundreds of communities have added the prayer to their Shabbat/Yom Tov services, and on multiple occasions it has been recited at official public ceremonies and convocations.

Saudi Pundit Calls for Palestinian State in Jordan: Welcome to the ‘Hashemite Kingdom of Palestine’ 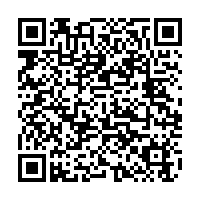