Aside from the obvious looming dangers associated with a nuclear-armed Iran as well as attendant regional menaces, there exists an equally explosive strategic threat to Israel emanating from the country’s post-Zionist and anti-Zionist circles.

Those ideological forces dominate a large swathe of Israel’s media outlets, diplomatic corps, legal system, cultural institutions and, most important, universities. A significant element of teaching and research, housed within the social sciences and humanities faculties, is demonstrably post- and anti-Zionist in contents and outlook.

The course will focus on the controlling techniques that were generated by the Israeli occupation in the territories. We will study the historic sources of these techniques and will attempt to place them within the colonialist context, especially that of the British and French.

In addition to Prof. Yehouda Shenhav, attorney Michael Sfard will oversee the course as a guest lecturer and as legal advisor to the Yesh Din NGO Volunteers for Human Rights. Twice a month students will participate in activities within the framework of Yesh Din’s Monitoring the Military Courts Project and with Machsom Watch’s District Coordination and Liaison Aid Project.

By the school’s own description, the course (paralleling many others) serves not as an academic exercise but rather as deliberate brainwashing by leftist/Arabist-focused partisans with the collusion and funding of hostile NGOs.

Because a significant number of future Israeli leaders will be the products of leftist social sciences and humanities departments, the pernicious effects of such schooling are long range in nature.

Most significantly, their deleterious effects include the undermining of pro-Israel hasbara efforts.

For example, a recently released report by Jean Glavary, a Socialist member of the French parliament, accused Israel of using water as a weapon of oppression and apartheid against the Palestinians. Despite the fact that the “water weapon” had already been utilized by Amnesty International, Israeli diplomats and elected officials were caught unawares, forced to play defense rather than offense. Although they denied all the charges contained in the French report, the damaging slander had already spread like wildfire all over the world.

It is becoming increasingly clear that without the proper educational background it is difficult if not impossible for Israeli spokesmen to defend against the ongoing international delegitimization of Israel.

One of the antidotes to this depressing and dangerous state of affairs exists within the framework of Dr. Martin Sherman’s Israel Institute of Strategic Studies (IISS), a U.S. non-profit 501c3 tax-exempt entity found online at www.martinsherman.net.

Dr. Sherman has long understood the use of water as a propagandistic weapon of choice in the Middle East. His book The Politics of Water in the Middle East: An Israeli Perspective on the Hydro-Political Aspects of the Conflict was a focal point at a Jerusalem Summit forum in response to Amnesty International’s apartheid claims.

This is the kind of effort needed to effectively debunk the arguments of post- and anti-Zionist academics and enable students to intelligently and independently assess the issues.

Just as a competent general would never send his troops into battle without the necessary equipment, Israel cannot continue to allow its resident post- and anti-Zionists to indoctrinate the next generation of leaders, schooling them under faulty and dangerous constructs.

Adina Kutnicki comments on Israel-related issues for various media outlets and regularly writes on behalf of the Honenu Legal Defense Organization for The Jewish Press. She made aliyah in 2008. 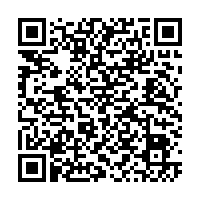