The strength and numbers of Orthodox Jews in America have never been greater, and yet those of us concerned with Judaism’s future must admit we confront a future no less frightening than the future that was evident to Hannah’s noble sons in Modi’in all those centuries ago.

Then, Jewish ritual and belief was crushed by a dominant Greek culture that had been imposed upon but – let’s be honest – gladly borne by the Jewish populace. As much as we might want to argue otherwise, we must wrestle with the understanding that the majority of the Jews of the Hasmonean Era embraced Greek culture.


While in America there is no military or cultural imposition that demands a compromise of Jewish values or practice, there is no less of an embrace of the larger, secular, non-Jewish culture. The sad fact is we are losing many of our children. To believe otherwise is to willfully place blinders upon our eyes and shackles on our hearts. Anyone who is honest and who works with Orthodox teens – even teens who have received a yeshiva education – knows that too many do not find meaning, fulfillment or purpose in Judaism. They do not feel the beauty of Judaism, or the power of the halachot.

Instead, they chafe against a “lifestyle” they feel is restrictive and complain that being religious simply is not “fun.”

Orthodox Union President Dr. Simcha Katz outlines some examples of the malaise affecting our young people in his Jewish Action (Winter 5773/2012) article, noting how they text on Shabbat and argue that the use of the ubiquitous technology is morally indistinguishable from adults speaking in shul. He identifies an “underground” teen Shabbat culture that even allows for Friday night parties in empty houses or basements; parties organized by text or Tweet and always unsupervised; parties that often involve music and, too often, drugs and alcohol.

Was the threat to Judaism any greater during the Hasmonean Era? Was the pain Judah Maccabee felt when he looked upon his Jewish brethren any more acute than the ache a caring rosh yeshiva feels today? Yet what army do we fight to save Judaism? Where is our enemy?

Our Jewish children seem lost – determinedly so. Rather than the warmth of a small minyan, they feel embraced by their hundreds of Facebook “friends,” seemingly unable to appreciate the power of what having a true friend actually means. Imagine – hundreds of friends. More than a thousand even!

I am nearing retirement age, having lived a good life, and yet I require just the fingers of one hand to count the number of my friends; friends I know, cherish, love and respect. Hundreds of friends? Ridiculous! These are not friends. They are faceless faces; ciphers on an iPad or a smartphone. The relationship is no deeper than the pixels found on the computer monitor. These “friends” offer but a shallow glimmer of what life and relationships should be.

Those pixels shine only outward, never inward. Yet this is what draws our children.

And therein lies the challenge we face if we want to redeem this generation and to bring about a genuine rededication. How do we help our children learn to shine their light inward as well as outward?

Tractate Shabbat teaches that, “It is a mitzvah to place the Chanukah candles outside the door to one’s home, but in times of danger, it is sufficient to place the candles on one’s table [inside].” On its face, this text is a simple directive for a practical matter – the proper place for the menorah to be placed.

Kol Yisrael arevim zeh lazeh – every Jew is responsible for the other. Judaism is, first and foremost, a communal expression. No Jew should live isolated from the rest of his community, nor should he be concerned only with his own existence and survival. Each Jew is obligated to reach out to his fellow Jews. In this regard, placing our menorot on the outside of our houses symbolizes this essential lesson. We bring our light to those who are still in the dark; we seek to enlighten those who have not as yet had the opportunity and privilege to be on the inside. Our light shines outward. 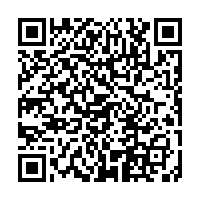