Former Israeli prime minister Yitzhak Shamir passed away last weekend. In the course of my career as a correspondent for The Jewish Press at the UN and in Israel, as well as a parliamentary aide and spokesman for Israel’s first science minister, Professor Yuval Ne’eman, I met with dozens of world leaders, ministers, high-ranking officials and ambassadors. None of them left as indelible a mark on me as did Shamir.

Much has been written in the past few days about Shamir’s steel character, his love for Eretz Yisrael, his ability to defy all international pressure and his refusal to blink first. To paraphrase ambassador Yoram Ettinger, Shamir was a paragon of patriotism, optimism, principle-driven and security-based statesmanship, and endurance in the face of brutal pressure.


I, however, want to share another part of Shamir, one that many were unaware of: his Jewish character.

Many may remember a weekly column that ran in The Jewish Press years ago under Shamir’s byline. After Shamir resigned from the Knesset, the state provided an office for him in Tel Aviv. I would meet with him there every Sunday morning and he would speak to me about politics and events of the day. I would later listen to the tape and put his words together in column form. Although he would speak Hebrew he often interjected Yiddish phrases and expressions. He loved to speak Yiddish.

Those conversations were very candid and open. Shamir was known as a closed, secretive individual who did not like to divulge much. It was therefore a great surprise to me that he was so relaxed and open on tape.

When Benjamin Netanyahu ran for office the first time in 1996, I asked Shamir what he thought of him, whether he was confident Netanyahu would remain loyal to Likud principles and not concede to the Arabs.

He replied, “I am very skeptical about him. I don’t know him well; he was not raised in the Likud and most of the time he lived outside Israel, so I really can’t give you a clear-cut answer. The only thing that calms me is that I know his father and I assume and would hope that someone raised by such a father will remain loyal to Eretz Yisrael.”

I wondered at that point if he’d given any thought to running for office again.

“I am over 82,” he said, “and you have no idea what it takes to be prime minister. The nerves and responsibility take a physical toll on you, I feel I can’t do it anymore.”

In January 1997, Netanyahu signed an agreement with Yasir Arafat turning over more than 80 percent of Hebron to Palestinian Authority rule. The following Sunday I walked into Shamir’s office for my weekly conversation and he was furious. His first words to me were, “He is a disaster.”

“But you also conceded,” I told him, “by going to Madrid and paving the way for negotiations with the Arabs.”

Shamir replied: “Look, before the Madrid conference I was under strong pressure from George Bush and Secretary of State James Baker to place on the agenda the idea of peace in exchange for territory. I said, ‘No way; you want to come to talk about peace, that’s great. But if you want to come to speak about giving them territory, no way. ‘

“So Baker begged me, ‘Please, Mr. Shamir, if that is not mentioned on the agenda beforehand, the Arabs won’t come, so just agree to place territory for peace on the agenda.’ I again said ‘no way.’ Baker continued, ‘I promise you that if you agree to just place it on the agenda, the U.S. will side with you in rejecting it strongly.’

“The pressure was enormous but I said ‘never’ and now Bibi goes and gives them Hebron?”

A couple of years later, after Netanyahu had been defeated by Labor’s Ehud Barak and Likud had to elect someone else to head the party, I asked Shamir whom he thought was a suitable candidate. He quickly replied: “Anyone – as long as it is not Bibi. Not Bibi! Not Bibi!”

The accepted notion was and still is that while Shamir was a tougher politician than Menachem Begin, Begin was more religious than Shamir. But after getting to know Shamir on a personal level, I was surprised to learn just how deep his faith was and how well versed he was in Jewish customs and laws. His father had been a Torah-observant Jew, with a beard and long coat, who served as head of the Jewish community in the city where he lived. His mother was a pious woman who would bake challas for Shabbos and distribute them to the poor. One only had to talk to Shamir about Judaism to realize this was someone who’d been raised in a Torah environment. 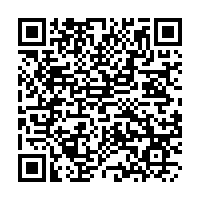