Several readers harshly criticized me for my remarks here about your decision to convert to Judaism under the auspices of a Kabbalah-oriented rabbi.

My kosher beef is against fashionable Kabbalah and the Reform Movement industry that turn Judaism into a personal fiefdom based on personal views of universalism that have nothing to do with Torah.

Kabbalah is beyond me. Its mysticism can lead one to a great understanding of God and the essence of God, through the Zohar, the 13th century book that is studied worldwide by many very Orthodox Jews but which also has been hijacked by many as a tool for skipping over the basics.

I termed the conversion process by Reform “rabbis,” and this also holds for many Kabbalists, “instant Judaism.” I also referred to it as “false Judaism,” but quickly deleted the phrase after seeing justifiably angry talkbacks.

I apologize to you and Reform Jews for using both phrases, which I stand by 100 percent but regret having published because it didn’t serve the purpose of performing the mitzvah of “kiruv” – reaching out to bring Jews closer to Judaism based on beliefs of our first Yid, Avraham.

Although you are not Jewish, at least not yet, you do have a centuries-long history of learned rabbis in your ancestry. You discovered that your great-grandfather was a learned sage.

I find it sad that that some have no qualms about teaching their Kabbalah wares to the Hollywood holies, and that the Reform Movement welcomes with open arms anyone who wants to enter the tribe without learning and understanding the religion from the viewpoint of Orthodoxy.  Judaism has survived and flourished for 3,000 years in the face of attempts to destroy our religion through the same assimilation that the Reform Movement accepts be re-defining the term “Jew.”

Our sages, like your great-grandfather, always have discouraged conversion, which is a serious business and is more than “feeling” Jewish, putting on a tallis, eating gefilte fish and delving into the secrets of Kabbalah without having learned Torah.

I had no intention of discouraging you. That is not my business.

I do have the intention of discouraging conversions that reduce the Torah to nothing more than an interesting book from which one can pick and choose what he wants.

You were raised by an assimilated father and a Christian mother, and that says a lot about what happens to Jews when they do not stick to authentic Judaism, falsely libeled as a “monopoly” of the Orthodox.

As I have written elsewhere, certified medical doctors decide who are legitimate doctors. The same is true in dozens of other professions. I don’t go to an “alternative accountant” or “alternative lawyer.”

I often follow treatments in “alternative medicine,” but I never go to someone who calls himself an ”alternative doctor.”

Gwyneth, I won’t dwell on “instant Judaism” because it will only will cause me to apologize again after another argument readers who either disagree or simple feel I should ”leave you alone” and be happy you are searching for your roots. I really am glad you are doing so, and it would be wonderful if you read some translations of your great-grandfather’s books.

I apologize to you, and readers, whom I have offended.

I wish you a happy and good year and will try to lean more towards Kiruv and less towards mockery.

One other item, Gwyneth. Assuming you convert, and through an Orthodox rabbi, don’t forget your Jewish roots go back further than your centuries of rabbis in our ancestry. Your roots, once you are Jewish, are in Israel. 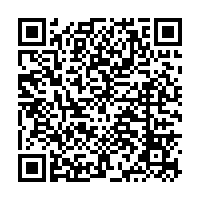