Retired Supreme Court Justice Edmond Levy, who heads a committee tasked with examining the legality of Jewish construction in Judea and Samaria, declared on Tuesday that Israelis have a legal right to settle the region.

“According to international law, Israelis have a legal right to settle all of Judea and Samaria, at the very least the lands that Israel controls under agreements with the Palestinian Authority,” Levy stated. “Therefore, the establishment of Jewish settlements [in Judea and Samaria] is, in itself, not illegal.”

The committee was established by Prime Minister Benjamin Netanyahu in efforts to determine and cement the legal status of the outposts in Judea and Samaria, with an emphasis on communities that were not built on privately owned Palestinian land but their status was still in doubt due to legal bureaucracy.

The committee issued its report on Tuesday, which was subsequently handed over to Attorney-General Yehuda Weinstein. In the report, Levy wrote that “upon completing the committee’s tasks, and considering the testimonies heard, the basic conclusion is that from an international law perspective, the laws of ‘occupation’ do not apply to the unique historic and legal circumstances surrounding Israel’s decades-long presence in Judea and Samaria.”

“Likewise,” the report said, “the Fourth Geneva Convention [relative to the Protection of Civilian Persons in Time of War] on the transfer of populations does not apply, and wasn’t intended to apply to communities such as those established by Israel in Judea and Samaria.”


None of this is actually ‘news’. Legal scholars like Eugene Rostow and others have argued for years that the proper status of Judea and Samaria is as disputed territory, to which Israel has a prima facie claim.

Unfortunately, the official Israeli position has been that it is a ‘belligerent occupation.’ Such an occupation is defined as temporary, arising from a war between nations, one of which occupies the territory of another. It must be ended by a peace treaty between the parties, since acquisition of land by conquest is forbidden by the UN charter.

This position never made a lick of sense. In addition to ignoring the rights accruing to the Jewish people under the Mandate, it could not explain how Israel could be ‘occupying’ something whose last owner was the Ottoman Empire.

Not only did it not make sense, it provided a door through which Israel’s enemies have entered. For one thing, it means that Israel can’t annex any of it without a peace treaty. But with whom could such a treaty be concluded — the Ottomans, who don’t exist; the Jordanians, who illegally invaded it in 1948; or the PLO, which never ruled the area?

If the Israeli conquest of Judea and Samaria in 1967 and its expulsion of the Jordanian Army did represent an ‘occupation’, then that implies that the Jordanian presence was legitimate, and that the heirs of the Jordanians, the ‘Palestinians’ — represented by the PLO, a terrorist gang that should have zero legitimacy — now have some kind of ‘right’ to the area.

This is too incoherent to be even half-convincing. But what happened is that the PLO conflated the idea of rights granted by international law, which it did not have, with political claims — Palestinians are ‘indigenous’, theirs is a struggle for ‘national liberation’ against an ‘oppressor’, it’s ‘Arab land’, etc.

Those who would prefer that there be no Jewish state found these ideas congenial, and soon accepted the idea of a Palestinian ‘right’ to Judea and Samaria. They began to say “settlements are illegal under international law,” and that they are on “Palestinian land,” despite the fact that this is nonsense.

Unfortunately, Israeli governments did not take the correct line from the beginning. By not vehemently opposing Arab claims, insisting that the territory was disputed rather than occupied, and asserting Israel’s own rights under the Mandate, they allowed the PLO — with the willing connivance of anti-Zionist forces throughout the world — to make its point of view part of the conventional wisdom.

So we have statements like this one, from US State Department spokesman Patrick Ventrell:

…the U.S. position on settlements is clear. Obviously, we’ve seen the reports that an Israeli Government appointed panel has recommended legalizing dozens of Israeli settlements in the West Bank, but we do not accept the legitimacy of continued Israeli settlement activity and we oppose any effort to legalize settlement outposts.

It may be too late to change worldwide perceptions, but I hope Netanyahu’s government will adopt the report and realign its policy — not just about settlements, but its overall position regarding the ‘peace process’ and the Palestinians in keeping with the findings of the committee. 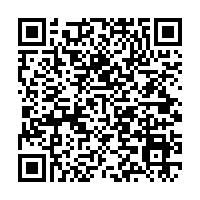