This past year since Rav Yaakov Litman and his son Natanel were brutally murdered, there has not been a week since our son who was in his first grade class last year brings him up.  Our two oldest sons both learned with him.  They like the rest of the students in their school spent the last year grieving and learning to grow past the pain of losing such a beloved teacher to a murderous terror attack.

It’s strange to find myself back at the same Torah portion as last year and see the exact same relevance as before.  I wrote last year the following in connection with the murder of Rav Yaakov and Natanel and the Torah portion:

Our son heard the news from us last night and processed it. In many ways kids are more resilient than we are.  “Who is going to be there tomorrow?” he asked my wife. Our older son seemed to wonder the same thing. Rav Yaakov taught him two classes a week as well. The three of us decided to learn together.  That was what Rav Yaakov would want us to do. We picked this week’s Torah portion to learn.

“And Yaakov left Beer Sheva…,”  it began. Yaakov left. Rashi tells us that when a tzaddik leaves a place the people feel his absence


A year has passed and in that year I have begun to understand in a different way what our sages meant when a tzaddik (righteous person) is alive even in their death. They live through their students. To understand the impact this one man and his son had on a school and community is impossible without looking at the students in the school. Everyone who met Rav Yaakov was touched and lifted up.

This is how the great Tzaddiks like Rebbe Nachman, the Baal Shem Tov, Arizal, and others live in both worlds.   Each student carries his life force with him.  I only met him briefly, but Rav Yaakov’s smile on meeting me still stays with me. Seeing both of our sons who had the merit to learn with him still talk about Rav Yaakov shows me that he is up there with the greatest.  His lifeforce is more than just a simple statement, he has given his strength and eternity over to his students and he lives on within them in a very real way.

To this end the entire school put together a video marking a year since he and his son were murdered. Watch and even without the translation you can easily see what impact Rav Yaakov is still having on his students and community. 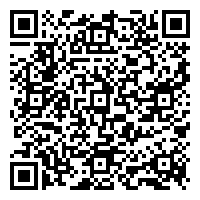