Future senior Trump administration officials are discussing which unseen documents about the 2015 Iran nuclear deal they will make public after the inauguration, The Daily Beast reported Monday. The report cites chairman of the Senate Foreign Relations Committee Bob Corker, possibly President Trump’s pick for secretary of state, who said, “My guess is that they will be very forthcoming. […] They’ll be more than desirous in ensuring that’s the case.”

The report also cites Congressman Peter Roskam (R-Il), who said, “The American people know the Iran deal is bad. I can tell you it’s even worse than most people think. The Obama Administration has long known its position is indefensible, so they’ve chosen to hide unclassified documents from the public.”


In March 2015, Senator Tom Cotton (R-Ark) sent a letter, signed by 46 out of 53 Republicans in the Senate then, to Iran’s leaders, stating that any deal between Obama and the Iranian leadership would amount to only an “executive agreement” that could be undone by Congress or a future president. “The next president could revoke such an executive agreement with the stroke of a pen and future Congresses could modify the terms of the agreement at any time,” Cotton warned.

In November 2016, Cotton told Bloomberg, “In January, a President Trump and a Republican Congress will begin a new policy of resolve toward Iran’s ayatollahs.” Of course, by now the US has eliminated the sanctions against Iran, paid the Islamic Republic in cash to settle claims regarding an arms sale to the Shah, and unfroze billions in Iranian bank holdings. As Bloomberg put it, “at this point, a clear statement from the US that it was abandoning the nuclear agreement would only affect Iran’s obligations, such as international monitoring of its nuclear program and temporary limits on its centrifuge production and stockpile of nuclear fuel.”

In July 2016 the Obama Administration, following a law mandating a congressional review of the nuclear deal, used a clever trick in order to conceal unclassified documents by submitting them together with a single classified item – making the publicizing of any of this information illegal. Republican staffers are itching to make these unclassified documents public as soon as there’s a new sheriff in town.

According to The Daily Beast, one such document, “Elements of Iran’s R&D Plan,” is based on the “safeguards confidential plan [between] Iran and the IAEA,” describing how Iran’s research and development on its nuclear program, including on its centrifuges, could progress over time, despite the deal.

According to multiple US media reports, the documents the Trump team are weighing for publication come in three groups. The first group includes 17 unclassified annexes, appendices, and related agreements handed to Congress in July 2015 under the the Iran Nuclear Agreement Review Act, a.k.a. Corker-Cardin. These feature letters from Kerry assuring US business institutionsthey could trade and deal with Iran, which may indicate the deal was never sustainable but for those US urgings; and information regarding the precise restrictions on Iran’s centrifuge development, which Iran has reportedly violated several times.

The second group includes documents describing the transfer of $1.7 billion cash to Iran, the release of 21 Iranian operatives, the Iranians’ leveraging of American hostages, and the lifting of international sanctions stemming from Iran’s ballistic missile development, which were described in August by the Wall Street Journal. The State Department denied much of the above, warning that revealing the identity of banks involved in the cash transfer would hinder future deals.

The third group are documents from the Joint Commission overseeing the implementation of the deal, which secretly permit Iran to violate its terms. The very existence of these exemptions proves the deal – from its inception – depended on the US turning a blind eye on its violations. 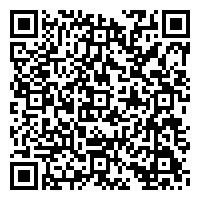