The year 2017 dawns on an age in which anger, negativity, and personal animus is spiking across the nation and the world. Disturbingly, this same trend seems to be etching its way ever deeper into our own Orthodox community. For more and more Orthodox Jews, the sine qua non is “us versus them” with the “us” being a narrow “just like me” Jew and the “them” being other Jews who do not meet a pre-ordained criteria of how to look, how to act, where to pray, etc.

The extent of the vituperation visited by one Jew upon another is beyond disheartening; it saps the holiness and divine inspiration that should animate our Jewish community and world, leaving us vulnerable to the greatest dangers imaginable – from both within and without.

When Yaakov Avinu was getting ready to leave this world, he brought his children together to charge them not only with personal goals and aspirations but also with a national mission. “Assemble yourselves and I will tell you what will befall you in the End of Days.” (Bereishit 49:1)

In calling his children together, Yaakov was teaching them that to be together is in and of itself a blessing of Jewish existence, that to gather, to assemble – to avoid dissension – is a foundational necessity of Jewish existence. Assembled together, we can merit and achieve geulah. Apart, we are at the mercy of what is most evil in the world and ourselves.

Am Yisrael’s greatest blessing is unity; our greatest curse, machlokes. As Rabbi Soloveitchik taught, “If one tribe is eliminated, Knesses Yisrael would be stillborn.” The varied and individual gifts of each son contribute together to the fullness of our community. No two brothers are alike in temperament or ability. Our community is not sameness but unity and joy in our combined individual gifts.

Following the Midrash, Rashi comments that Yaakov wanted to tell his children when the long, bitter galus would end and when Mashiach would come, but the Divine Spirit “left him.” The Kotzker Rebbe suggests this occurred so that they would always live with the hope, always continue to anticipate, and always need to beseech and pray that they be worthy of the geulah and so learn that God does not want us to find comfort in deadlines but in deeds that merit the End. Redemption must be earned. Mashiach sits at Jerusalem’s gates, ready and waiting for us to genuinely want him.

In this context, understanding that God did not want to reveal the date of Redemption to Yaakov, the Radomsker Rebbe asks a difficult question: Why have the Divine Spirit leave him? Certainly God could have simply hidden this one data point without depriving him of the Divine Spirit. In wrestling with the question, the Radomsker reasoned that God did not actually remove the Divine Spirit directly. Rather, Yaakov foresaw Am Yisrael’s future of ordeals, trials, and tribulations and he grew so distressed and dejected that he lost his capacity for Divine inspiration.

But how could such a thing be? How does one simply “lose” his capacity for inspiration? Easier than we might imagine. As the Talmud teaches, the Shechinah rests only on someone who is in a state of simcha, joy. From this we learn that a basic qualification needed to attain Divine powers – Ruach haKodesh – is simcha. In seeing the harsh future of the Jewish people, Yaakov lost his joy, hope, and optimism, causing the Shechinah to separate from him, leaving him with a sense of desperation.

As a people, we have managed to not only survive but to thrive through our many travails and our seemingly endless galus because we never lost hope. We never succumbed to a national depression. We remained unified, and in our unity we found joy. Even in galus we have seen the glimmers of light and hope guiding our way.

But now? At a time when the Orthodox community is showing strengths that were once unimaginable, we risk the greatest gift of all. Rather than invite unity, rather than embrace unity, rather than cling desperately to the one thing upon which our connection to the Divine Spirit rests, we consciously create dissension.

There are all too many in our community who are on the outs. Their parents have turned their backs on them. Their rebbeim, yeshiva rosters bursting with more compliant students, cast them aside. No one wants them – not neighbors, not former friends, not former classmates. They have been stripped of their “membership” in the community.

Dumped by the very people who should want them most of all, who should love them most fiercely, who should celebrate them warts and all, these children have no place but the streets to find the acceptance they desperately want. They want community but when their own community will not have them they find community in a gathering of other hurt and broken souls. How they suffer. And not because God has removed His Divine Spirit from them, not because God does not want to inspire them and reveal to them when Mashiach will herald for them a better day, certainly not because God has abandoned them. But because we – their parents, their rebbeim, their teachers, their friends – have taken from them their joy and optimism. Our “off the derech” (OTD) children can see no light, no hope. Like Yaakov, they see the darkness of the days ahead and cannot imagine a personal geulah. They are weighted down by unrealistic demands, unreasonable expectations from home and school, no personal attention or sympathy, and they lose hope, they lose simcha. They see clearly the hypocrisy in those who have turned their backs.

How could they not be adrift?

We would be wise to understand that in his insightful lessons, the Radomsker spoke not only of Yaakov Avinu but of our own Yankeles Yes, he speaks not only of our patriarch but of our children, once so delightful and curious, now surly and cynical, angry and bitter.

Yes, we live in a harsh time, an angry time. That is sad and unfortunate. That the same harshness and anger has seeped into our own community is a scandal. That we live in a time of so many OTD young people is a judgment not on our children but on us.

We learn from the Ohr Hachayim Hakadosh that when Yaakov met Eisav, he hid Dina, his daughter. Why? So that Eisav would not abduct her. Our modern eyes can see no fault in Yaakov’s actions but the Midrash teaches that Yaakov was punished; had he given his daughter to his OTD brother perhaps she would have caused him to do teshuvah and return. So too Yitzchak Avinu had intended all his blessings for his “evil” son so that perhaps if he gave him the most he could give, that would make him a tzaddik.

Our tradition is filled with examples of small gestures of kindness turning the most recalcitrant sinner into a pious believer. Yet we do not behave as though those lessons are real or have power in our world.

When Yaakov is informed that Yosef is alive and sees the wagons sent by Yosef for him, the Torah tells us the “spirit of Yaakov was revived.”

Rashi and Ramban comment that in the years of Yosef’s absence, Yaakov was in mourning. He was sad and dejected. The Divine Spirit had left him. But once Yaakov was again happy and joyful, the Divine spirit returned and he was revived spiritually.

Our OTD children can also be revived, if we only would give them uplifting experiences. If we overwhelm them with optimism and opportunities for growth and self-esteem, they too can have the Divine revisit them and our community can be whole. Our community can be one in more than just name. 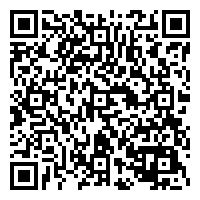