The heads of Moetzet Yesha – The Council of Judea and Samaria, received an invitation to President Donald Trump’s inauguration ceremony in Washington D.C., according to a report in Makor Rishon. The invitation was passed on to them via the Chamber of Commerce of Orthodox Jews (US), who are connected to Trump’s special advisor Jason D. Greenblatt.

The settlement council will most likely be represented at the inauguration by Mayor of Efrat, Oded Revivi, who also heads the foreign desk for Moetzet Yesha, and Beni Kashriel, the Mayor of Maale Adumim.


In addition, several other people connected to Jewish life in Judea and Samaria have been invited, but according to the report, they prefer not to publicize their invitations.

This is the first time that settlement leaders have been invited to a presidential inauguration.

Yigal Dilmoni, spokesperson for Moetzet Yesha, praised the move, saying it “foretells the new spirit emanating from the US regarding the change in [Washington’s] attitude towards Israel, and in particular, [Jewish] settlement in Judea, Samaria and the Jordan Valley. This new spirit was also expressed by the recent visit of Governor Mike Huckabee last week to Maale Adumim, and we are preparing for it.”

PM Netanyahu won’t be attending the ceremony, and will instead be represented by Israel’s Ambassador to the US, Ron Dermer. 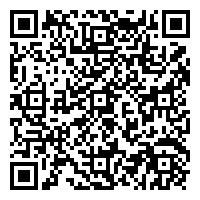