In October 1972, and twelve days before the presidential election, Richard Nixon and Henry Kissinger made a surprise announcement of a peace agreement ending the war in Vietnam, thus giving birth to the term “October Surprise.”  In nearly every election cycle since, one party or the other has attempted to spring some last minute opposition research or policy announcement in the immediate weeks prior to an election.   However the Democrats, with their near stranglehold on the mainstream media, have been overwhelmingly more successful in the use of this strategy.  That is until this year.

Barack Obama and the Democrats have been blindsided by not one but two October surprises.  The first actually occurred in September: the Al Qaeda-sponsored attack on the American consulate in Benghazi, Libya, and the second: Obama’s abysmal performance in the first presidential debate.


The Libyan consulate attack was the catalyst that prompted Obama and his sycophants to obfuscate the failures of the Obama foreign policy by incessant lying regarding the true nature of the Benghazi attack, choosing instead to blame it on some obscure internet video trailer.  This deliberate cover-up is now rapidly unraveling making it a potential election game-changer and the epitome of a self-inflicted October surprise.

Obama’s debate debacle was startling, as he could not live up to the well-crafted image of being one of the most adept, well-liked and intelligent politicians in American history.  In fact that balloon was thoroughly deflated.  His performance was indicative of an unprepared and unqualified president unable to defend his four years in office or present a cogent plan for the next four years.  As he stands for reelection, the global and domestic landscape is one of turmoil, indecision and uncertainty stemming from his stubborn adherence to a failed ideology and personal narcissism.

Barack Obama assumed the office of President as a man brought-up and steeped in 1960’s radicalism which advanced two distinct doctrines.  The first, that America, as the lone Western super-power, represented the evil nature of colonialism and capitalism’s exploitation of the masses — whether there was any truth in this assertion or that the United States was guilty of these sins was irrelevant.  The material and military success of America and the West could only have come about from expropriating the wealth and labor of the peoples of the world.

This manifests in the deference Obama has shown to the Muslim world and his willingness to travel around the globe apologizing for America.  A by-product of this obeisance and philosophical bent has been the unchallenged and at times promoted ascendancy of radical Islamists either into the control of various Middle-East governments or openly operating in new safe havens.   The premeditated Benghazi attack and the death of the U.S. ambassador and three other Americans is just the first harvest of this myopic doctrine.  Unfortunately for Obama it came seven weeks before an election.

The second primary doctrine of the 1960’s radicals is that by utilizing the vehicle of a massive central government, they could control the citizenry and create their concept of a “fair” society.  It is the ideal philosophy for those who, so enamored with themselves, can wallow in their self-importance and rule with a heavy hand the same masses they claim to protect.   Obama and his fellow-travelers can thus justify bankrupting the country as a necessary part of the transformation of the United States.   However, this same approach tried in other nations has never accomplished its stated goals and has been an abysmal failure, leaving the people deeper in poverty and with a greatly diminished standard of living.

In a still open society and up against someone willing to contest this failure, the adherents cannot successfully defend and promote these tenets.  Further, when combined with excessive narcissism, ineptitude and an inability to articulate their thinking without external aid, the results are what the people of the United State saw in the debate on October 3rd.

But more important than the context and reaction to these “October surprises” is what they portend for a second Obama term, were he to be re-elected.

During the Obama years, the international scene has been led by arguably the most incompetent and easily intimidated leaders of the past twenty plus years.  At the front of the line has been Barack Obama.  If he is re-elected, combined with a continuation of the deferential foreign policy pursued in his first term, the United States will no longer be the leader of the free world but will instead be just another moribund quasi-socialist member of the global community watching the global ascendancy of China and Russia. 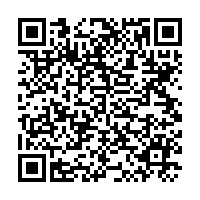