It’s important to understand the components of the RCA Prenup in order to assess why people might not feel comfortable with it. The two components are meant to ensure that a get is given by the husband to his wife in a timely manner following the functional end of a marriage. The first grants authority to the rabbinical court to oversee the get process. The second provides an incentive for the husband to abide by decisions of the rabbinical court and give a get to his wife expeditiously once the marriage is over and also encourages the wife to appear in order to receive the get.

The support obligation of $150 per day attempts to redress the problem of the agunah by imposing a payment plan on a recalcitrant spouse. There are those who would argue that the language addressing this “support obligation” is really a penalty that would render a get meusah (and thereby invalid). There is concern that rabbinic tribunals will invalidate a get if there is financial duress, and some rabbis will not encourage signing an agreement designed to produce a get under such duress. Further, since a secular/civil court can enforce the penalty provision, some would argue it can therefore be rendered as coercion.


On the other hand, a husband can voluntarily obligate himself to pay his wife higher spousal support than the amount he would otherwise be obligated to pay. The rationale is that if a woman is not being granted the freedom to move on with her life then at least the financial support from her husband will presumably sustain her until that point.

Some rabbis are concerned that focusing on the possible dissolution of a marriage when it is just beginning is not conducive to a healthy marriage. In our experience we have seen that many people find that a prenuptial agreement helps increase their security during the marriage and ease the transition should it end.

According to attorney Esther Schonfeld, “Prenups are in fact conducive to a healthy marriage. They offer predictability and give people peace of mind to be vulnerable in their relationship because they know they are protected should things not go well.”

Discussing what may happen in the event of divorce is understandably the last thing any bride or groom wants to do while preparing for marriage. Says Schonfeld, “A prenup does not increase a relationship’s chances of divorce. If anything, it forces both parties to talk openly about their finances and assets with upfront and honest communications from the beginning, leading to fewer surprises during the marriage.”

Writing a prenup does not mean you have doubts about your marriage’s sustainability. It simply means you’re both mature enough to have an honest, open discussion about something that can lead to fewer financial problems for you and your loved ones down the line.

While this article focuses on the avoidance of get-refusal through prenups, one of the reasons prenups are so effective is that they can also protect nearly every kind of asset. They can be highly personalized, and in fact it is a good idea to hire an attorney who is familiar with your state’s divorce laws to guarantee that the agreement includes the necessary language to make it enforceable. It’s important to remember that these documents are extremely technical, so you should look for a law firm that has considerable expertise in drafting prenups if you are considering one before marriage.

In the absence of any halachic prenuptial agreement, a spouse may refuse to give or take a get. Many agunah situations develop because the husband sees delaying the get as a risk-free negotiating tactic, which is tantamount to blackmail. Other reasons include abuse, control, and spite. What begins as a negotiation tactic often turns into spite by the end of an antagonistic civil divorce process. While there are some civil court remedies, they often fall short as a solution.

Whose Building is Next in Line? 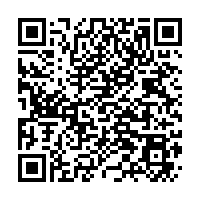