It’s no secret that Jewish immigrants to the United States enthusiastically embraced their new home. It’s also well known that many American Jews felt obligated to give something back to the country that had given them freedom and economic opportunity. In this two-part series, we take a look at the contributions of four remarkable Orthodox women, whose lives span the Revolutionary War through the great wave of Jewish immigration in the early 1900s.

When Esther Etting married David Hays on May 23, 1764, they linked two of Colonial America’s most prominent Sephardic families – the Ettings of Philadelphia and Baltimore and the Hays of New York. Both families could trace their lineage back to the 1492 expulsion from Spain. While the Etting forebears eventually settled in Frankfurt-am-Main, the Hays ancestors moved to the Netherlands. But by the early 1700s, members of both families were living on American shores. Thus, David Hays was born in Rye, NY, in 1732, while Esther was born in Philadelphia in 1746.

After their marriage in New York City, David took his new bride to Bedford Village, NY, where his family had set down roots. David’s older brother, Michael Hays, had a farm in nearby North Castle, while his younger brother Benjamin operated a tavern in Bedford. As for David, he was the proprietor of Bedford’s general store. Remarkably, they were all Torah-observant Jews.

After the American Colonies declared their independence from Great Britain on July 4, 1776, Michael’s farm was confiscated by the British and he was forced to leave. While we don’t know for sure why he was singled out for this treatment, it’s generally assumed it was because the Hays brothers were known supporters of the American patriots. Michael had more than 70 head of cattle and other supplies on his farm, and the British probably didn’t want any of that going toward feeding the American troops.

Their fears were not unfounded, because three years later the Hays family would be accused of doing just that.

In the summer of 1779, Lt. Col. Banastre Tarleton, one of the most despised British officers – he was nicknamed Bloody Ban – had orders to make a surprise raid on Pound Ridge, terrorize the inhabitants and capture Major Ebenezer Lockwood, a widely respected patriot who was the commander of the local militia. Tarleton and his troops reached Pound Ridge on the morning of July 2, but the bird had flown. An American spy had warned the troops stationed there of the upcoming attack and Lockwood managed to escape in time.

Tarleton vented his anger on Lockwood’s house – which was being used as a hospital – and church, burning both to the ground (he allowed the hospital’s patients to be evacuated beforehand). On his way back to Mile Square, where he and his troops were stationed, Tarleton passed through Bedford and he was still fuming. Although Bedford was mostly a Tory stronghold loyal to the British cause, there were some patriots living there and they fired on Tarleton’s troops. Tarleton responded by burning down Benjamin Hays’s tavern, a known hotbed of patriot support.

Tarleton and his troops continued on to their camp at Mile Square. But this wasn’t the last attack on Bedford. Nine days later, on July 11, British troops returned, this time under the command of Lt. Samuel Birch.

During this time, both David and Benjamin Hays were serving in the Continental Army and so they weren’t in Bedford. But Esther Etting Hays and her young children, including her newborn son, were in their house when the British troops returned. Also in the house were the family’s two slaves, Darby and his wife.

According to the account that has come down to us from the Hays family’s personal records, a group of Tory sympathizers gathered outside and shouted to Esther to open the door. Although she was still weak from childbirth, she rose from her bed and went to confront them. They had learned that a group of young patriots was attempting to drive a herd of cattle through British lines to an American camp near White Plains, and they demanded that Esther reveal the details of the plan.

Since Esther’s seven-year-old son Jacob was among the group, it’s almost certain she knew the route. But she refused to say a word. Even when the mob threatened to kill her children that were in the house, she refused to give them any information.

The mob forced her back inside her home and began to barricade the windows and doors. When the last means of escape had been closed off, they set the house on fire. But during the chaos, Darby and his wife spirited Esther and her children out of the house, and they hid the family until the danger was over.

The Hays’s home wasn’t the only building set on fire that day. Almost the entire village was burned to the ground in what is today known as the “Burning of Bedford.”

Both David and Benjamin survived the war. Benjamin rebuilt his tavern. David and Esther also rebuilt their lives. Their son Jacob would later serve as New York City’s chief of police for almost half a century. As for the child who was a newborn during the Burning of Bedford, Benjamin Etting Hays became a prosperous and exceptionally well-liked resident of Pleasantville, NY, where he lived for 75 years. He gave pastureland to the town to build its first public school “for the full enjoyment and benefit of all inhabitants, without any discrimination whatsoever.” He also lent money at no interest and became a shochet so there would be kosher meat. Known as “Uncle Ben,” Benjamin remained an observant Jew throughout his life – although the town’s admiring Methodist minister would often refer to him as “the best Christian around.”

Jewish Benevolence in the

During her 88 years, Rebecca Gratz founded and oversaw several social welfare organizations, and in the process became a role model for generations of communal-minded Jewish-American women. She was also the model for the fictional Rebecca who appears in Sir Walter Scott’s novel Ivanhoe. How did this Jewish woman who never married and never left American shores become so admired and influential?

Rebecca Gratz was born into a wealthy Philadelphia family in 1781. Her father, Michael, who hailed from Germany’s Upper Silesia, arrived in America in the mid-1760s. Her mother, Miriam Simon, was born in Lancaster, PA. The family, which made its wealth from trading with the Indians, land speculation and coastal shipping, were loyal patriots of the American cause. They were also founding members of Philadelphia’s first synagogue, Congregation Mikveh Israel.

During the 1700s and early 1800s, Philadelphia’s Jewish community was small, and intermingling with the surrounding Christian society was common. One result of this intermingling was that the literary-minded Rebecca became acquainted with several authors, including Washington Irving. When the American author made a trip to England, he became friendly with Sir Walter Scott and told him about Rebecca Gratz. After Ivanhoe was published in 1820, Scott wrote to Irving: “How do you like your Rebecca? Does the Rebecca I have pictured compare well with the pattern given?” More importantly for Rebecca’s future endeavors, the intermingling with Christian society made her aware of efforts being made to assist Philadelphia’s poor. When Quaker women decided to help single mothers and their children, 20-year-old Rebecca became part of the organization, which was called the Female Association for the Relief of Women and Children of Reduced Circumstances in Philadelphia. Although Rebecca was the youngest founding member, she immediately took on the job of the organization’s first executive secretary and she remained in that position for many years. She also helped found the Philadelphia Orphan Asylum and served as its secretary for 40 years.

In her role as executive secretary, Rebecca did much more than keep a record of the organization’s activities. She also compiled the annual reports, which discussed and recommended policy and were presented to the board of directors. Therefore, when she turned to helping the Jewish community, she had already acquired the skills she needed to be an effective manager and policy maker. And early 19th-century Jewish Philadelphia needed her skills.

When Rebecca grew up, the Jewish community of Colonial Philadelphia was primarily comprised of well-to-do merchants and their families, but the 1800s brought changes in the demographics. One problem that Rebecca tackled early on was the missionary activities of the Christian women helping the poor. To counteract their influence, in 1818 she founded the Female Hebrew Benevolent Society (FHBS), which provided food, fuel, and shelter to Jewish women and children. It was the first Jewish charitable organization in America that wasn’t run by a synagogue, and therefore its services weren’t limited to a synagogue’s members. All Jewish woman could turn to the FHBS for help, and they did.

In the late 1840s, Jewish immigrants fleeing from economic and political upheavals in Central Europe began to arrive in Philadelphia and elsewhere in the United States in large numbers. Like most new immigrants, they needed help to get established. Some of them died before that happened, leaving behind young orphans. Once again Rebecca stepped forward to solve the problem and established the Jewish Foster Home and Orphan Asylum.

Yet she wasn’t concerned only about the material needs of the poorer members of the community. Assimilation and intermarriage was rampant; members of her own family had intermarried and she herself had turned down a Christian suitor when she was young. Realizing the importance of a Jewish education, in 1818 she began to host an afternoon Jewish school for 11 children in her home. The teacher was a young rabbi from Germany, and when he went to another city the informal school closed. While she didn’t lose interest in the topic of Jewish education, she had to wait until 1838 to found the institution that she is perhaps best known for: the Hebrew Sunday School.

This was the first time the Christian Sunday School model was adapted for a Jewish-American community and the experiment was considered a great success. Sixty children enrolled in the school, but finding appropriate textbooks for the English-speaking students was a problem. The only thing available for teaching “Scriptures” was an illustrated publication put out by the Christian Sunday School Union. Rebecca therefore had her teachers paste pieces of paper over text that was unsuitable for Jewish children – although, of course, the children tried their best to discover what was being hidden from their eyes. This lack of appropriate texts would lead to the establishment of the first Jewish Publication Society of America, which was headed by Rabbi Isaac Lesser, the spiritual leader of Mikveh Israel.

After Rebecca passed away in 1869, she was eulogized by the new rav of Mikveh Israel, Rabbi Sabato Morais, who said, “She devoted her best energies to service for the lowly and hapless, to improving the rising generation of her own brethren … She loved her people and prized her religion above all territorial objects; and she determined, doubtless when still young, that her conduct through life should reflect luster upon both.” Syrian Bomber Kills Self, Wounds 12, in Fourth Muslim Attack in a Week in Southern Germany 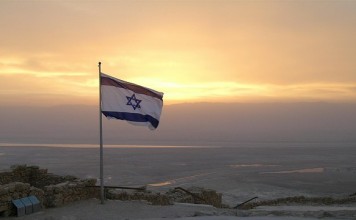 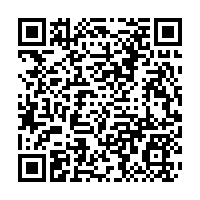