A friend who’s learning Perek Chelek (the 11th chapter in tractate Sanhedrin, added by the Rabbis largely as a response to Christian challenges), called me this morning, excited over a famous statement made by the Amora Shmuel (165-257 CE): “The only difference between this world and the time of Meshiach is our bondage to the gentile kingdoms.”

I told him that was elementary stuff, and cited Maimonides, who includes Shmuel’s idea in his opus dealing with the body of laws regarding Jewish kings. He said: Why don’t you write about it? I said, It’s been written about, a lot. So he said, Do it again, it wouldn’t hurt.

According to Maimonides (Hayad Hachazaka, Laws of Kings and their wars, translation by Chabad.org), there are three mitzvot the Jews must fulfill upon entering Eretz Israel, and I believe he means whether as the original invaders of Canaan, or as a nation returning from millennia of exile. The first among those mitzvot is to choose a king.

Ideally, the king must be a descendant of King David, appointed by the Sanhedrin of 70 sages and anointed with sacred oil. But even though the kingship was primarily given to David and one of his descendents will eventually be serving as king, other options exist.

If a prophet appoints a king from another tribe of Israel, and if that king follows the path of Torah and mitzvot and fights the wars of God, he is considered a legitimate king, and all the commandments associated with the monarchy apply to him.

Here is how Maimonides defines the role of a King of Israel:

“In all matters, his deeds shall be for the sake of heaven. His purpose and intent shall be to elevate the true faith and fill the world with justice, destroying the power of the wicked and waging the wars of God. For the entire purpose of appointing a king is to execute justice and wage wars as I Samuel 8:20 states: ‘Our king shall judge us, go out before us, and wage our wars.'”

In the last chapter of his laws of kings, dealing with King Messiah, Maimonides cites the Amora Shmuel’s original idea:

“Our Sages taught: ‘There will be no difference between the current age and the Messianic era except the emancipation from our subjugation to the gentile kingdoms.'”

I’m skipping a few paragraphs where Maimonides elaborates over the process of introducing the Mashiach, straight to his definition of Mashiach’s role:

“The Sages and the prophets did not yearn for the Messianic era in order to have dominion over the entire world, to rule over the gentiles, to be exalted by the nations, or to eat, drink, and celebrate. Rather, they desired to be free to involve themselves in Torah and wisdom without any pressures or disturbances, so that they would merit the world to come, as explained in Hilchot Teshuvah (Laws of Repentance).

“In that era, there will be neither famine or war, envy or competition for good will flow in abundance and all the delights will be freely available as dust. The occupation of the entire world will be solely to know God.

“Therefore, the Jews will be great sages and know the hidden matters, grasping the knowledge of their Creator according to the full extent of human potential, as Isaiah 11:9 states: ‘The world will be filled with the knowledge of God as the waters cover the ocean bed.'”

What emerges from the above analysis, which is by no means original, is the absence of anything mystical in our halachic understanding of messianic redemption. Essentially, we need to choose a king and he needs to declare his loyalty to the Torah and be prepared to defend Torah values both within and without the Land of Israel. 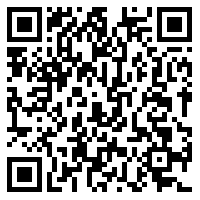