For even a casual observer of the finance minister, this comes as no surprise. After all, it was Lapid who wrote about the destruction of Gush Katif, “The Israelis merely felt that the settlers should be taught a lesson in humility and perhaps in democracy too.”

Note the implicit denial of Israeli identity to “the settlers,” who apparently for Lapid were/are something other than real citizens. And it takes more than chutzpah to talk about democracy vis-a-vis mass expulsion by a regime with a districtless electoral system that criminalizes “insulting a public official.” (Don’t worry, though: advocating the murder of traditional Jews is ok.) As for humility, given Lapid’s arrogant tendencies, this is like a compulsive gambler lecturing an alcoholic on self-restraint.

What does Lapid’s current pursuit of public transportation on Shabbat represent? A profound and forceful examination of the relevant themes can be found in the writings of Rabbi Samson Raphael Hirsch zt”l (1808-1888). Rabbi Hirsch observes in his commentary to Bereshit 14:1:

“Only if they devote themselves to the Torah with all their might will the people of Israel enjoy freedom and independence in this land…Everywhere, and at all times, let this warning be heard: Only on the basis of the Torah will Israel flourish; if it throws off the yoke of the Torah, Israel will go to physical and social ruin.”

“The Lord conferred statehood upon His people so that they might defend the enforcement of justice and preserve the truth contained in our Law as handed down by transmission. If the Jewish State will carry out this mission, it can be sure of Divine support against all enemy powers, and no other nation will dare attack it. But if the Jewish State should cast off its task and destiny or put it to wrongful use, it will thereby become a nation at the mercy of fate just like all the other states of the world, and God will withdraw His protection from it.”

“…even the smallest work done on the Sabbath is a denial of the fact that God is the Creator and Master of the world. It is an arrogant setting-up of man as his own master. It is a denial of the whole task of the Jew as man and as Israelite, which is nothing but the management of the earth according to the will of God.”

Rabbi Hirsch’s commentary to Vayikra 12:3 expands on this point:

“…Israel is the eighth work of creation, joining the seven works of the creation of the world. Moreover, Shabbos is a sign and reminder of the Creator, and Israel is the herald of Shabbos, bearing its message to all of mankind. Israel, as the ‘eighth,’ exists for the ‘seventh.’ The significance of Israel is essentially in its observance of Shabbos on the seventh day.”

Considered in these contexts, Yair Lapid’s objective is a brazen attack on national security, national duty, and national identity. (Yes, public transportation on Shabbat already exists in Haifa and Eilat, and who knows what damage that has caused?) May this malignant agenda share the fate of Lapid’s foray into kickboxing. 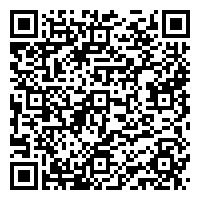