“In Bin Laden Announcement, Echoes of 2007 Obama Speech,” declared the headline in The New York Times.

It’s difficult to find a newspaper that has demonstrated a worse pro-Obama and anti-Bush bias than The New York Times, especially when dealing with the War on Terror.


And so I expected a headline like this in the Times. When I searched Google looking for a text of President Obama’s statement on the death of Osama Bin Laden, the Times headline was the first thing that popped up.

That’s too bad. A better banner would have been, “In Bin Laden Announcement, Echoes of 2001 Bush Speech.”

Tonight, I can report to the American people and to the world that the United States has conducted an operation that killed Osama bin Laden.The American people did not choose this fight. It came to our shores, and started with the senseless slaughter of our citizens . Yet as a country, we will never tolerate our security being threatened, nor stand idly by when our people have been killed. We will be relentless in defense of our citizens and our friends and allies. We will be true to the values that make us who we are. And on nights like this one, we can say to those families who have lost loved ones to al Qaeda’s terror: Justice has been done .

Let us remember that we can do these things not just because of wealth or power, but because of who we are: one nation, under God, indivisible, with liberty and justice for all.

For President Obama, it was a refreshing and surprising expression of American exceptionalism.

More than that, his words read like a punctuation, an exclamation point, on what President George W. Bush had said on September 14, 2001, during an unforgettable 9/11 memorial service at the National Cathedral.

Bush himself had organized the service. He picked the music, selected speakers, and carefully chose the words he delivered that afternoon.

Bush had declared the day a National Day of Prayer and Remembrance. In preparing for his speech, he literally prayed that he could rise to the occasion and deliver his talk meaningfully in keeping with the somberness of the occasion.

“I prayed a lot before the speech,” he later told reporter Bill Sammon, “because I felt like it was a moment where I needed, well, frankly, for the good Lord to shine through.”

Everyone in elite Washington was there: Former presidents Jimmy Carter and Gerald Ford sat in the third pew, as did Al Gore. The Clinton family sat in the front pew. An ailing Billy Graham, in a poignant display, struggled to address those gathered. President Bush approached the platform at 1 p.m. He stated:

We are here in the middle hour of our grief. So many have suffered so great a loss, and today we express our nation’s sorrow. We come before God to pray for the missing and the dead and for those who love them.On Tuesday our country was attacked with deliberate and massive cruelty. We have seen the images of fire and ashes and bent steel. Now come the names, the list of casualties we are only beginning to read .

Just three days removed from these events, Americans do not yet have the distance of history. But our responsibility to history is already clear: To answer these attacks and rid the world of evil.

War has been waged against us by stealth and deceit and murder. This nation is peaceful, but fierce when stirred to anger. This conflict was begun on the timing and terms of others. It will end in a way, and at an hour, of our choosing.

Note that last word, “choosing.” Indeed, here is where both President Bush and President Obama – not to mention America and history – found common ground: This war, and that awful attack on September 11, 2001, crafted by the diabolical Osama bin Laden, had not been our choice. Both Bush and Obama pledged that justice against Osama would come at a time of our choosing. 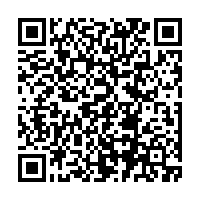