In an unprecedented move, Palestinian judges in Judea and Samaria this week went on strike in protest against the Palestinian Authority’s repeated attempts to meddle in the internal affairs of the judiciary system.


The protest raises serious questions about the international community’s efforts to help the Palestinian Authority build a proper and credible judicial system in the West Bank.

The Canadian Development Agency, with the help of the UN Development Program, has been funding projects aimed at building new courthouses in the Judea and Samaria “to improve the Palestinians’ access to justice.”

But building new courthouses is not exactly what Palestinians need. Justice can be achieved even if the judges, lawyers, prosecutors and defendants sit in a tent.

Instead of investing in new buildings, it would be more helpful if the Canadians and UN agency demanded that Palestinian Authority President Mahmoud Abbas and his aides stop obstructing the work of the judges.

Hasan Khraisheh, deputy speaker of the Palestinian Legislative Council (PLC), told the daily Al-Quds Al-Arabi that the Palestinian Authority was trying to seize control over the judiciary system by appointing its supporters to senior positions.

By seeking to appoint the justice minister as attorney-general, the Palestinian Authority leadership is trying to avoid the possibility of holding any of its senior officials accountable, Khraisheh added. “There should be complete separation between the executive and legislative bodies,” he argued.

The attorney-general’s job has been vacant since the resignation last month of Ahmed al-Mughni, who had filed corruption charges against two cabinet ministers.

“We want to be fully independent in our work,” said Ibrahim Amr, chairman of the Palestinian Judges’ Society. “We don’t want anyone or any party to interfere with our work.”

Amr said that decision to strike came after his colleagues and he felt that there were attempts to “affect judges’ rulings.”

He also warned the Palestinian Authority leadership against pursuing its attempts to take control of the judiciary system. “This marks the beginning of the collapse of the Palestinian judicial system,” he cautioned.

The judges say they are particularly concerned by the Palestinian Authority government’s attempt to appoint the justice minister also as attorney-general, saying the move violates the Palestinian constitution and threatens the independence of the judiciary system. 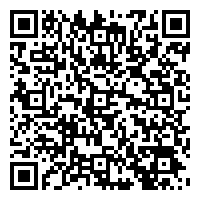