Nearly two decades into the 20th century, Jews were suffering the horrors of pogroms, mass expulsions, starvation and disease in Eastern Europe while Jewish soldiers in various armies were enduring the carnage of the battlefield. Amid the horrors, however, a glimmer of hope appeared.

During the First World War, two powers fought over control of Palestine – the ruling Ottoman Turks of the Central powers and the British along with their allies of the Triple Entente. The outcome of the contest brought the ancient Jewish dream of the re-establishment of Jewish statehood in the Jewish homeland a little closer.


The situation in the land of Israel was grim. The Ottoman Turks oppressed the Jewish community. Thousands of Jews were exiled to Alexandria, Egypt, which was then under British control. In March 1917, Djemal Pasha, the local Turkish governor, ordered the deportation of all Jews in the Jaffa region and threatened a wholesale massacre against the Jews, openly declaring he would make the Jews share the fate of the Armenians. Before the war, 55,000 Jews resided in Jerusalem; by 1917, due to persecution, just 24,000 remained.

But the tide started to turn when British General Edmund Allenby led his outnumbered troops around Turkish forces in Gaza and on to victory at the strategic southern city of Beersheba in the Negev. As the campaign’s success became ever more likely, the British government issued the Balfour Declaration on November 2, 1917, which called for the “establishment in Palestine of a national home for the Jewish people.”

The document was sent by British foreign minister Lord Arthur Balfour to Edmund De Rothschild, the great Jewish financier and a supporter of Jews living in Palestine.

On December 9, as Chanukah approached, Turkish forces surrendered. In the battles for Jerusalem some 20,000 Turkish soldiers and 3,600 British and allied troops lost their lives. Two days later, on December 11, the second day of Chanukah, British troops marched into Jerusalem. Allenby humbly entered its walls by foot through Jaffa Gate as the city’s 34th conqueror.

The London Jewish Chronicle headlined the event as “The Rising of Jerusalem,” describing the allied conquest as an “Epochal event.” Rabbi J.H. Hertz, chief rabbi of the British Empire, forwarded a telegram to Allenby that read, “British Jewry thrilled by glorious news from Palestine, sends heartfelt congratulations on historic entry into Holy City.”

With Jerusalem under British control, the campaign continued and soon Turkish forces were ousted from the entire Land of Israel. The Jewish Legion, headed by Lieutenant Colonel John Patterson, participated in the completion of the conquest.

Soon after, however, the initial euphoria faded. While the overall situation for the Jews improved under British control, hostilities with local Arabs intensified. Arab leaders in Palestine petitioned the British Foreign Office to halt the flow of Jewish immigration. British military authorities began to express disagreement with the aims of Zionism. The British commitment to the establishment of a Jewish homeland began to wither.

Within a few months of its release, British military authorities banned the Balfour Declaration’s publication in Palestine. By 1919, the British military administration pushed for an outright revocation of Balfour. Hebrew was not recognized as an official language and the British even banned the public performance of the Zionist national anthem, “Hatikvah.”

Yet Zionist hopes were again raised in 1920 when a British civil mandate replaced the military administration. A Jew sympathetic to Zionism, Herbert Samuel, was appointed high commissioner and the gates were opened to Jewish immigration. By the spring of 1921, 10,000 new Jewish immigrants had reached the shores of Palestine.

These developments triggered a violent reaction from the opponents of Zionism. Arab rioting soon broke out. Samuel succumbed to the pressure. Restrictions against the Zionists were again imposed, and the virulent anti-Zionist Haj Amin Al-Husseini was appointed mufti of Jerusalem.

Following Arab riots in 1929, the British set up the Shaw Commission which recommended more restrictions. In the wake of renewed Arab violence in 1936, the British Peel Commission recommended the partition of the land as a solution to the conflict, with the Jews apportioned a miniscule sliver of territory on the coast extending into the Galilee.

The Arabs, however, continued to oppose any partition. In a final act of capitulation, British Prime Minister Neville Chamberlain issued the MacDonald White Paper of 1939 which severely restricted Jewish immigration to a total of 75,000 over the next five years and called for the eventual establishment of one state with an Arab majority – a devastating blow not only to the Zionists but for the Jews of Europe who would be denied sanctuary in their greatest hour of need. 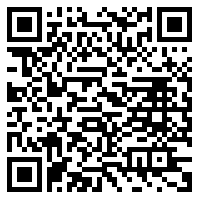