I have a dream.

No, I am not Dr. Martin Luther King, Jr. I am Yisroel (otherwise known as Roy) Neuberger. I come from the same nation as Yosef haTzaddik, who also had a dream – two in fact – as recounted in last week’s parsha. We are the original dreamers; all of mankind’s dreams emanate from us.

Several years ago, our son Ari heard Rabbi Dan Segal, shlita, speak on the subject of imagination. Generally, imagination is not considered a beneficial personality trait because it tends to remove one from reality. So why did God give us imagination? Rabbi Segal said it is brought down that God gave imagination to mankind so that we should be able to imagine the times of Mashiach.

Maimonides says, “I believe with perfect faith in the coming of the Mashiach ” But we have never lived in the world of Mashiach. How can we daven for it if we can’t even conceptualize what we’re praying for? We were given imagination in order to visualize what it could be like when Mashiach arrives.

That is why I wrote the book 2020 VISION – so that we should be able to envision the coming of Mashiach in a realistic way, daven for it and understand that it is – with God’s help – imminent.

My 107-year-old father is a dreamer. He wanted to be an artist. In the 1920s he spent four years in Paris, but found he didn’t have the talent to become a great artist. So he decided to try to earn enough money to support people who are great artists. He pursued his dream.

When I was a kid, living in spiritual darkness, fear, and mental slavery, I had a dream that someday I would live a life of dignity and spiritual freedom. It was impossible, of course, because I was trapped like a fly stuck to a spider’s web.

The dream was impossible. Who could free oneself from the spider?

As a teenager, I had a dream. Hashem put me in the same school as a young lady who seemed like the embodiment of all that is noble in the world. (She still does.) I felt it was my destiny to go through life with this great person, but the trouble was, I was (literally!) afraid to speak to her.

It was impossible, of course. It could never happen.

Yosef haTzaddik has two dreams. He and his family were aware of an ancient promise that their destiny would be to bring the Presence of God into the world, to change the entire nature of existence, enabling mankind to overcome the curse of death that had enveloped us since we were expelled from the Garden of Eden.

But it was an impossible dream. Yosef was unloved by his powerful brothers. Later he found himself in prison, a Hebrew slave in pagan Egypt. No way it could happen.

It came to pass.

The Hasmonean kohanim had a dream that they – a few descendants of Aaron, the High Priest – would overcome the entire earth-controlling civilization before whose power all mankind trembled. They had a dream that they would restore the purity and sanctity of the Temple and the glory of the Torah to the Nation of Israel and the Name of God to its Throne of Majesty.

How absurd! A few weaklings against mighty Greece.

The dream was fulfilled.

It’s totally unrealistic, right? Here we are, in the midst of a civilization that does not care one iota about being ruled by God. The desire of this civilization is to make a lot of money, have more barbecues, scream and freeze at more football games, become bigger TV robots, drive faster cars, invent more toys for adults and children, expand the Internet so that every person in the world will become a slave – the list goes on. 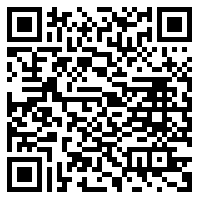