US Rep. Trent Franks (R-AZ) spoke to an Israeli delegation this week about congressional support of the Jewish communities in Judea and Samaria.

“I want to say to all the people of Samaria that they are beloved by the American people, and we believe that Judea and Samaria are not the ‘West Bank’ but part of the state of Israel,” Franks told the Samarian Regional Council delegation on Capitol Hill.

The council’s chief Yossi Dagan visited Washington D.C. to meet with more than a dozen Republican and Democrat legislators to discuss the US support of Israel’s presence in Judea and Samaria.

“There are people in the US Congress who, no matter what, will continue to work on behalf of Judea and Samaria, who will continue to do whatever they can to fight on behalf of Israel and ensure that you will never feel alone in this world,” Franks said in the meeting that included Texas congressman Louie Gohmert, who echoed that sentiment.

Dagan urged Congress to pressure the Obama administration to stop demanding that Israel freeze Jewish building in Judea and Samaria.

“The pressure the American government is putting on the Israeli government to strangle settlement and block construction creates a situation where our children are forced to learn in caravans rather than normal buildings, like other children around the world,” Dagan said.

Halting construction prevents children in Judea and Samaria from living close to their parents due to lack of housing, he explained.

“The international pressure has also prevented Israel from expanding the water infrastructure in Samaria as needed, which at the end of the day means both Israeli and Arab residents were left without water for much of this past summer,” Dagan added. 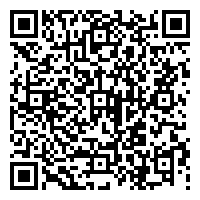