When unthinkable disaster struck a decade ago and close to 3,000 people were murdered at the World Trade Center, the scale of destruction created a unique challenge for victims’ families: identification of the dead.

With only fragmented human remains and degraded DNA left in the wake of 9/11, that task became, in the words of the National Institute of Justice, “the greatest forensic challenge ever undertaken in this country.”

For the families of Jewish victims, this problem was particularly thorny. According to Jewish law, a woman cannot remarry unless she has definitive proof of her husband’s death, lest she inadvertently enter into an adulterous relationship. Jewish law dictates that death can be proven in three ways: physical evidence, eyewitness testimony of the death and certain confirmation that the person had been in a situation in which survival was essentially impossible.

Absent such proof, this would leave Jewish wives of those killed at the World Trade Center in the position of classic agunot – “chained” women, left in a legal marriage with one who most likely was dead.

For decades, such cases had been few and far between. In centuries past, however, this Jewish law was a reference point for the wives of sailors who had disappeared, soldiers who had failed to return home from battle and traveling merchants who had vanished along the way.

The consequences of being unable to identify the dead do not represent a uniquely Jewish problem. Declaring individuals dead simply because they are likely to be dead can cause terrible complications. For example, during World War II, former president Jimmy Carter’s uncle, Tom Gordy, was declared dead by U.S. officials after being taken as a prisoner of war by the Japanese, and his wife remarried during the war. But when the war ended, Gordy returned home as a liberated POW to discover, tragically, that his wife was married to another.

Under Jewish law, Gordy would most likely not have been declared dead, and his wife would not have remarried. The disappearance of a person and the passage of time alone are not generally deemed enough, under Jewish law, to declare the person dead.

However, the circumstances of someone’s disappearance, in some situations, can support a presumption of death. Two illustrations commonly discussed in Jewish literature are the man who falls into a deep furnace and the man who drowns in a body of water that has visible boundaries, such as a lake or a pond.

Of the first scenario, our sages wrote that a man who is seen falling into a deep furnace may be presumed dead because he had no means of escape and is sure to have perished. Of the second, they wrote that a man who is seen drowning in a body of water with visible boundaries may be presumed to be dead because he surely would have been seen or found on shore had he survived.

It was this line of reasoning that allowed the Beth Din of America to pronounce many 9/11 victims dead in the absence of conclusive physical evidence.

When the Office of Chief Medical Examiner in New York concluded its investigation, more than 1,100 victims of 9/11 remained unidentified. Even with respect to the nearly 1,600 victims who were identified, the identifications could not automatically be presumed to meet the standards set by Jewish law.

In its quest to confirm the fate of the victims, the Beth Din of America had to determine whether and which modern methods of identification would comply with Jewish evidentiary standards. What would satisfy the physical evidence requirement – DNA evidence? What about dental records? What about the recognition of clothes or limbs? The Beth Din also posed an additional question: In the event a determination required reliance upon eyewitness testimony, what person could provide such testimony?

In searching for answers, we studied the literature of prior tragedies, finding Jewish legal discussions of husbands who disappeared in the sinking of the Titanic, in the collapse of bridges in Rome, in avalanches in the Alps, in artillery bombardments in World War I, and in the sinking of the Israeli submarine Dakar. We also looked at the cases of Israeli soldiers who had disappeared during the 1973 Yom Kippur War and, of course, at agunah cases related to the Holocaust.

After 9/11, in some cases the only evidence for placing someone in the World Trade Center at the time of the attack was circumstantial – phone calls made or emails sent from within an office, swipe cards indicating entry but no exit, and so on. In certain cases, investigators identified remains through the modern technology of DNA analysis.

After a rigorous analysis of Jewish legal precedents, the Beth Din of America determined that DNA evidence could be marshaled for identification purposes, certainly when coupled with other circumstantial evidence of an individual’s death. In the few cases where investigators had found no direct physical evidence, the Beth Din relied on the third standard of proof: placing a husband, with certainty, in a situation in which no one could realistically be expected to survive.

More than 90 percent of the casualties of 9/11 were located at or above the point where the planes hit the towers, particularly in the North Tower. With no escape and facing almost certain death, those people were akin to the man who falls into a furnace. Often, phone calls or e-mails were enough to place the missing person in his office at a certain time, after which escape would have been impossible. Together with other evidence, the Beth Din could rely on time stamps and statistics in order to pronounce the missing person dead.

For such a pronouncement to be made, it was not automatically sufficient to know a person worked at the World Trade Center or attended a meeting there if no additional evidence proved he was there on the morning of Sept. 11, 2001.

Why withhold judgment under circumstances in which an individual’s disappearance so clearly indicates death? One unfortunate reason is because some people use tragedy as an opportunity for fraud and manipulation, or perhaps as a way to make a fresh start. The chaos of 9/11 opened the floodgates to a number of fraudulent insurance claims and other crimes.

Another sad reality is that sometimes, in the throes of despair, mistakes are made. In the decades after the Holocaust, people long thought to be dead were discovered to be alive and well and raising new families in other parts of the world, in cases similar to the story of Jimmy Carter’s uncle.

With time, the Beth Din of America found sufficient evidence to make a declaration of death in each of the cases before it. In making those determinations, the Beth Din released each agunah according to the principles of Jewish law and enabled the victims’ loved ones to mourn for those lost and to begin to rebuild their shattered lives.

Ultimately, the halachic process provided a time-honored framework for honoring the dignity of those who had died, while creating a sense of direction for the spouses who had loved them.
(JTA)

Rabbi Michael J. Broyde is a professor of law at Emory University. Rabbi Yona Reiss is dean of the Rabbi Isaac Elchanan Theological Seminary at Yeshiva University. Both are members of the Beth Din of America. This was adapted from their contributions to “Contending with Catastrophe: Jewish Perspectives on September 11th,” released last month by the Beth Din of America Press and K’hal Publishing. 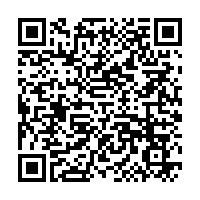