[Pastor John Hagee is the head of Christians United for Israel (CUFI) – an American pro-Israel Christian organization that defines itself as “a national grassroots movement focused on the support of Israel.” It is the largest Christian pro-Israel organization in the United States.]

Thank you for the work that you are doing. Christians supporting Israel is a beautiful phenomenon and it is beginning to heal the many wounds that Jews suffered at the hands of persecutors in the name of the Church for almost two-millennia. It is amazing to see Christians singing Israeli songs in beautiful harmony, waving the flag of Israel along with the flag of the USA, and even donating their hard-earned money to many causes of Israel. It is a sight that past generations could not have imagined, and it is a blessing for Israel and a blessing for Christians as well.

To be sure, there is still lingering suspicion between our two worlds. Among the Jews, there are many who doubt the sincerity of Christians with regard to Israel. Jewish skepticism is understandable since the dark past is still fresh while some Christian circles continue to practice underhanded missionizing tactics against Jews and maintain a goal of infiltrating Israel. These keep many Jews from believing that there are Christians who truly love Israel without ulterior motives.

For its side, the Christian world is certainly not homogeneous. While Israel-lovers make their voices heard, Israel-haters, like those who recently organized the “Christ at the Checkpoint Conference” in Bethlehem seek to undermine Israel’s sovereignty. These Christians do not see the ingathering of the Jews to the land of Israel as a fulfillment of prophecy but rather an obstacle to their theological supremacy. For them, replacement theology is alive and well, with Christianity attempting to best Judaism and Palestine aiming to replace Israel.

This is why true Christian Zionism is so important: it gives a platform for Bible-believing pro-Israel Christians to show their real love for Israel, to heal the painful past, and to offset the forces that want to use Christianity to bring Israel down.

However, if Christian Zionism to is win the ideological war against replacement theology, and earn Jewish trust, Christian Zionism needs to take a stand on real issues. Standing with Israel means backing Israel when we face our enemies. Today, those enemies use, more and more, the tool of delegitimization to remove the underpinnings of the Jewish State. Shockingly, some of the US Government’s own policies lend a hand to the delegitimization campaign, and it is in this arena where Israel-loving American citizens in general, and American Christian Zionists in particular, can make a difference.

Here is one example among many:

When I speak with American Christian groups I ask: “Do you know that the US is the number-one delegitimizer of Jewish sovereignty in Jerusalem?”

People are invariably shocked when I explain that the US refuses to place its embassy in Jerusalem because it does not recognize Jerusalem as part of Israel, let alone the capital of Israel. The State Department does not even add the word “Israel” to the word “Jerusalem” in any official document including birth certificates, passports, and death certificates, so that children born in Jerusalem (like my daughter) have no “country of birth” listed in their American papers.

As Ambassador Yoram Ettinger has written: “Israel is the only country in the world, whose (3,000 year old) capital is not recognized by the State Department and by the Presidents of the US. However 71% [of the American people] support (and 9% oppose) Jerusalem as Israel’s indivisible capital.” 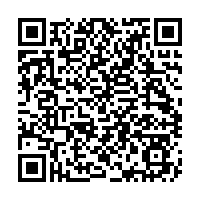