“My only regret from this situation is that I will have to explain to my two kids that their father is going on trial not because he is a criminal, but because he defended his country”, Matteo Salvini said as Italy’s Parliament stripped him of immunity to open the way for his trial.


For years, Italy’s political ruling class has had a migration policy of surrendering to floods of illegal immigrants — who have usually been organized by criminal traffickers. Europe has never offered Italy a jot of help. Now these “elites” — politicians, opinion makers, journalists — have decided to turn Salvini over to the judges for doing what they did not have the courage to do: defend the Italy’s borders.

Salvini now faces up to 15 years in prison for “kidnapping.” The charge against Salvini dates from 2019 when, as Italy’s interior minister, he prevented illegal migrants from disembarking from a coast guard ship that had recovered the migrants at sea five days earlier. Salvini declared that he was defending his country and would do the same again. “I go with a clean conscience, with the pride of knowing that I defended the honor of Italy,” he wrote on Facebook.

As interior minister, Salvini took a hard line on migrants. He closed Italy’s ports to rescue ships and passed a law that allowed vessels carrying migrants to be seized and fined.

On July 26, 2019, Salvini called for stopping the disembarkation of migrants aboard the Gregoretti as it was reaching Sicily’s east coast. “I have given instructions that no port will be assigned before there is a redistribution across Europe of all 140 migrants on board on paper,” he said. Immediately after it landed — a few European countries had agreed to take the migrants — a public prosecutor opened a file against Salvini for kidnapping.

“The wait for the landing was necessary to agree on the redistribution in other European countries, with the full involvement of the Italian government”, Salvini later justified his decision. Italy at the time was desperately in need of a migrant redistribution agreement in Europe. Europe had, until then, not offered Italy the slightest help. Salvini saw, as Albanian Premier Edi Rama said, that “Italy has been left alone by Europe on migrants”.

Although it might sound melodramatic, what is at stake, as Salvini understood, is, bluntly, the survival of Italy as we know it. According to a report by the Machiavelli Center, if current trends continue, by 2065 first- and second-generation immigrants will exceed 22 million, or more than 40% of the total population of Italy, whose birth rate is “collapsing“.

This is the first time that a court of justice in Europe has been called upon to try a governmental minister — whose job it is to be responsible for the security of a country — for holding migrants at a port pending a redistribution of newcomers across Europe.

There seems to exist an assumption that tens of thousands of people can take boats from Libya to Italy without controls, without deterrence, and without a country being able to exercise its right to self-defense from an epochal migratory tsunami.

By closing the borders, fining the NGOs and making it more difficult to reach the Italian shores, Salvini was able to reduce the number of arrivals in Italy, but sometimes tragically at the cost of deaths of migrants in the Mediterranean. When, however, did it become the obligation of countries to help the illegal people-smuggling industry?

Last year, however, after Salvini’s departure, the number of migrants tripled. According to the Ministry of Interior, in 2019, when Salvini was interior minister, 7,894 migrants arrived in Italy. Now, in just the first nine months of 2020, 24,332 migrants have landed and are freely flowing throughout Italy and on to the rest of Europe.

Italy recently had to send troops to stop migrants from breaking a coronavirus quarantine. From Salvini’s “closed ports” to anarchy, the step has been short.

The day after the beginning of Salvini’s trial, the government softened the former Ministry of Interior’s rules penalizing NGOs that bring illegal migrants ashore.

Most importantly, Italy is sending a disturbing message to Europe and the rest of the free world: anyone who, by governing the country, defends national borders and tries to stop mass illegal immigration can end up on trial and in prison. We are witnessing the suicide of a country and a continent.

The real horror in this charade is that Italy is still turning away ships carrying migrants, so why is Salvini being set up to take the fall? 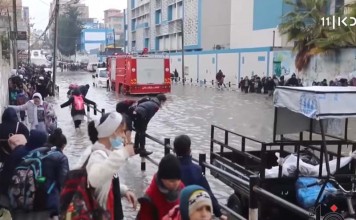