Upon waking up in the morning, no one thinks that bus loads of soldiers are going to come and destroy the home you worked so hard for. But this is what happened today in Bat Ayin.

Since I made aliyah with my family only about ten weeks ago, I don’t yet have the lexicon to describe what happened this morning. But this is probably a good thing. The fact that I have no basis to rationalize the destruction of six homes here by the government that is supposed to protect and preserve, seems as common sentiment here even among veteran residents.


The day started like any other with weekday prayer at the central synagogue. Then toward the end, someone mentioned that buses of soldiers and bulldozers were in Bat Ayin “Beit”, the long-standing extension to the original Bat Ayin. As I walked up the hill back home, there were groups of personnel standing and keeping watch on the residents.

As it turns out, the government came to destroy six homes that were not yet lived in (the owners were renting here while they built their “permanent” dwellings). Most likely in response to the pepper spray incident last week at the entry gate. In the episode last Thursday, it was reported that masked men sprayed pepper gas at soldiers guarding the entrance, and attacked an Arab delivery driver. While it is still unconfirmed whether these men came from Bat Ayin (and in general, the details of the event seem foggy according to residents here), what there is no doubt on was the response.

Being troubled by the news, we decided to walk down to Bat Ayin Beit to see the results for ourselves. That is where we took the picture above, one of the six home destroyed in the raid this morning. As we were readying to leave, a man who either was the owner of the house or contractor for the project, came to survey the damage. With his head and shoulders lowered, he just stood there. Silent and still. Out of respect for this man, I didn’t take a picture, as if a picture could capture the emotions in that man’s heart. Standing over the rumbled remnants of his former home.

As the walk involved walking on steep winding roads, a bus driver (intuiting the probable reason for why we were there) offered to take my family and I back to the center of town. He said that while the government has allowed arabs to build dozens of houses on the nearby hill, but have done nothing to stop it, this is what happens to their very own brothers. He was visibly tearful as he recounted this. I wasn’t going to ask my wife to take the walk to Bat Ayin Beit today, but then someone sent her a link to the video Katonti from Yonatan Razel to comfort the residents of Bat Ayin. But instead of my personal comfort and ability to process what just happened, the image of that man is still etched in my mind.

Do you know that the first thing he did was look at one of the pipes to see if it was salvageable? That’s the nature of a Jew. In the face of destruction, even from your own people, we rebuild. Somehow, we still rebuild.

I debated whether to write this. After all, we are still “wet behind the ears” here. But there is one Tweet yesterday from Rabbi Ginsburgh that further encouraged me to go ahead with this article. While they all speak about overcoming obstacles, and the return of “Rachel’s children” to God and the Land of Israel, this one in particular stood out to me:

We should never be afraid to speak out. It is the “Voice of Jacob” that has survived as our strength and fortitude throughout these long, difficult years of exile. To use the common vernacular, for the Jewish people, the “pen” really is “mightier than the sword.”

In a world full of swords, it is the “pens” and voices of our people that will emerge victorious.

You are not alone my friend. We are all katonti, small together from the events of today….

The verse for the song mentioned above, comes from next week’s Torah portion where Jacob prayed to God to deliver him from the hand of his brother Esau (Genesis 32:11):

“I am too small for all the kindnesses and the truth that You have done for Your servant.”

Voting Discrepancies in a Number of Rightwing Settlements 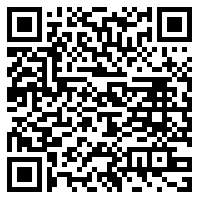