In a recent issue of Time magazine, Rabbi Eric H. Yoffie, former president of the Union for Reform Judaism, writes that anti-Semitism is “not a threat to American Jews.” He could not be more wrong.

Let us start with the obvious. Any threat to world Jewry is a threat to American Jews.


According to the Anti-Defamation League’s (ADL) important new study, there are now one billion adult anti-Semites in the world. As Rabbi Yoffie acknowledges, this is fully a quarter of the world’s adult population. Can American Jewry shrug this off?

One can quibble with the ADL’s methodology, but it is not far-fetched. ADL considers a person to be anti-Semitic if they give a positive response to six out of 11 survey questions like these: “Jews are responsible for most of the world’s wars,” “People hate Jews because of the way Jews behave,” and “Jews have too much control over the United States government.”

Consider the magnitude of this finding. In 2012, according to the Kantor Center for the Study of Contemporary European Jewry at Tel Aviv University, there were 686 reported incidents of physical violence, direct threats, and major acts of vandalism against Jews and Jewish institutions worldwide. This is bad enough on its own, representing an increase of approximately 30 percent over the prior year.

Worse, these figures understate the problem. According to the European Union’s Fundamental Rights Agency, 64 percent of European Jews who have experienced physical violence or threats do not report even the most serious incident. If this holds true for Jews elsewhere, the actual incident rate is approximately three times higher than reported, reaching 2,000 serious incidents annually.

But it gets worse. Even the adjusted figures suggest that Jews and Jewish institutions are enduring only one serious anti-Semitic incident per 500,000 anti-Semites annually. This means that in any given year, the overwhelming majority of anti-Semites are not acting on their aversions. Their reasons may be lack of opportunity, want of courage, fear of consequence, or adherence to convention. Economists call this “pent-up demand.”

As the post-Holocaust taboo against anti-Semitism erodes, the ramifications are troubling. Suppose that one in ten thousand anti-Semites should physically harm or threaten Jews or Jewish institutions in a given year. Under this scenario, serious anti-Semitic incidents would increase to 100,000 per year, even if anti-Semitic attitudes remain constant. In other words, things can get much worse.

Should Americans worry? In Western Europe, one in four Europeans harbors anti-Semitic attitudes. One recent survey indicates that roughly the same percentage (26 percent) of European Jews has been harassed for being Jewish within the last year. Perhaps the worst anti-Semitic incidents will be limited to the Middle East and Europe. But was the Nazi Holocaust no threat to American Jews merely because it remained off American shores? If there is any such thing as Jewish peoplehood, then security threats to any are threats to all.

Now consider the dangers to Israel. In the Middle East and North Africa, nearly three quarters of the adult population holds anti-Semitic attitudes. This can only fuel continuing threats to Israel. Can American Jews feel secure as long as Israel remains under continuing danger? Given Iran’s nuclear ambitions, Israel remains under the steady risk of catastrophe. No Jewish American could feel secure about this.

Now consider what Rabbi Yoffie probably meant to say. His point is that Americans do not face a direct threat of severe anti-Semitism. He is right that American Jews are not under siege. But he is wrong to minimize the threat that does exist. According to the ADL, only nine percent of Americans hold anti-Semitic attitudes. This sounds good, but it translates to 21,000,000 people. It means that there are far more anti-Semites than Jews in America. This may be one reason why the Federal Bureau of Investigation regularly reports that anti-Jewish hate crimes exceed hate crimes against any other religious group. On some university campuses, Jewish students have recently been spit at and called “dirty Jews” and worse. The problem is greater for those students who are known to support Israel on campuses where anti-Israel activism runs high. 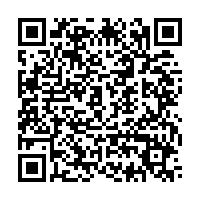