On Friday, February 24, I had the honor of guiding a distinguished group on a tour of the Mount of Olives cemetery in eastern Jerusalem. The group included two U.S. congressmen – Eliot Engel (D-N.Y.) and Jerrold Nadler (D-N.Y.), Malcolm Hoenlein, executive vice chairman of the Conference of Presidents of Major American Jewish Organizations, and Rabbis Abraham and Menachem Lubinsky, who have spearheaded the International Committee for the Preservation of the Mount of Olives.

I live near the cemetery in a Jewish enclave on the Mount of Olives in the mostly Arab neighborhood of Ras El Amud, across the valley from the Old City.


As we toured the ancient graveyard, I pointed out the layers of Jewish history before us. The Mount of Olives is the oldest existing Jewish cemetery, with 150,000 graves spanning 3,000 years. The biblical prophets Haggai, Zechariah and Malachi lie alongside modern day heroes like Henrietta Szold, the founder of Hadassah, Eliezer Ben Yehuda, who resurrected the modern Hebrew language, and Rabbi Shlomo Goren, chief rabbi of the IDF during the liberation of the Old City of Jerusalem and Hebron in the Six-Day War.

There are also signs of great pain. We saw the mass grave of forty-eight fighters who died trying to defend the Old City, which eventually fell to Jordan in the War of Independence. Those brave warriors’ bodies remained in the Jordanian-occupied Old City until 1967, when Rabbi Goren properly interred them in the cemetery. We also saw the remnants of the forty-thousand graves destroyed or vandalized in the 19 years of Jordanian occupation. In those years many Jewish headstones were used as Jordanian paving and building material.

Today, grave desecration is recurring at the Mount of Olives cemetery and the group saw firsthand the continuing travesty in the form of freshly smashed tombs and broken headstones.

But all is not dark. I told the group about the attempts at co-existence in our area. I showed the visitors Arab schools built by the Jerusalem municipality. I talked about shopping in Arab stores, being treated by Arab doctors, and talking Koran or Torah over coffee with my Arab neighbors.

I described my attempts to be neighborly and how I search for Arabs who want to live with us in decency and mutual respect. I reminded my audience that polls show that given the choice, some 70 percent of Arabs living in eastern Jerusalem would prefer living under Israeli sovereignty than under another flag.

As we came down the mountain, we entered my neighborhood’s traffic circle and stood in front of the mosque that has been cited for zoning violations as part of a large unauthorized expansion. I explained that I walk in this traffic circle daily and that while things seem calm right now, a Jihadist influence has radicalized some of the population and that violence can erupt at any moment.

Suddenly, as if on cue, rocks began to fly. The nature of these quick and life-threatening moments is that different participants can have disparate recollections of the details. I saw two projectiles for certain: one cement block hit a security vehicle and a stone flew in our direction, narrowly missing the group and the congressmen. Security personnel reacted quickly, drawing their weapons, but they were not as quick as the culprits, who escaped down into the Silwan neighborhood.

The group took the attack in stride, and the congressmen did not budge. I explained to them that while there is danger here, it should not translate automatically into fear. There are toxic elements that want to instill fear in our nation and in our neighborhoods so that we Jews will back off our 3,000-year-old claim to Jerusalem. They want us to be afraid to stand on this street corner but we won’t let those elements bully us like they do their own people, forcing our Arab neighbors to get in line and brainwash their children with hate.

As bad as the violent incident was, the distortion on the part of some commentators later showed how pernicious the hate is. One Jewish anti-Israel blogger basically called me a racist – and a provocateur for walking the streets of municipal Jerusalem. This blogger ironically accused me of planning to Judaize the Mount of Olives through ethnic cleansing while at the same time justifying the rock throwing and violence that is precisely aimed at driving Jews from the area.

His rhetoric mirrored the ugly words of the emir of Qatar, Sheikh Hamad bin Khalifa Al-Thani, who stated at the International Conference for Defense of Jerusalem in Doha: “We must act quickly to stop the Judaization of Jerusalem.”

He is right. We must act quickly. But we must act quickly to stop the toxic, peace-hating terrorists so that normal life for Jews and Arabs can become a reality. If the Doha-sponsored Jihad-friendly outlook wins the day, Jews would once again be evicted from the Mount of Olives, graves would once again be desecrated, and the Arabs living in those areas would be subjected to yet another repressive Middle Eastern regime. 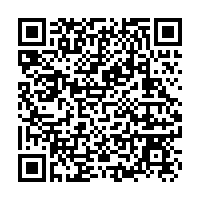