At a time of ceaseless budget crises, it may astound many that American taxpayers are deploying precious dollars not to pay for peace between Israel and the Palestinians but to achieve the exact opposite: confrontation and even terrorism.

Americans are fungibly funding terrorist salaries in Israel. These transactions frontally violate American laws that prohibit any funding from benefiting terrorists. Here’s how the system works.

The Law of the Prisoner narrows the definition of a salaried prisoner. In a recent interview, Ministry of Prisoners spokesman Amr Nasser read aloud the definition: “A detainee is each and every person who is in an occupation prison based on his or her participation in the resistance to occupation.” This means crimes against Israel or Israelis. Nasser added, “It does not include common-law thieves and burglars. They are not included and are not part of the mandate of the Ministry.”

Under a sliding scale, carefully articulated in the Law of the Prisoner, the more heinous the act of terrorism, the longer the prison sentence, the higher the salary. Detention for up to three years fetches a salary of almost $400 per month. Even greater acts of terrorism, with sentences up to twenty years, earn almost $2,000 per month. These are the best salaries in the Palestinian territories. The Arabic word ratib, meaning “salary,” is the official term for this compensation.

About six percent of the Palestinian budget is diverted to terrorist salaries. All this money comes from the United States and other donor countries.

In addition, American aid, taxpayer subsidies of 501(c)(3) organizations, and other financial programs richly support political confrontation between Palestinians and Israelis. Tax experts estimate that for every one million dollars in donations received by a 501(c)(3), US taxpayers must subsidize approximately $440,000.

Rather than engaging in charitable programs, these critics say, these charitable groups are focused on massive political lobbying and fomenting internal political upheaval that roil peace between Arab and Jew.

Not a few of these critics point to the prestigious New Israel Fund (NIF) as the chief culprit.

NIF grants steer millions of US dollars to scores of controversial Israeli NGOs. One is B’Tselem, which circulates video cameras to Arab villages that are hotbeds for confrontation. Israeli military officials have said they rely on B’Tselem’s help to document IDF infractions. But many critics in the ranks charge the cameras are calculated to capture the scene after soldiers are taunted into reacting. One such critic is Col. Benny Yanay, who represents Consensus, an organization of several hundred IDF officers.

“The New Israel Fund,” insists Yanay, “acts against Israel – against the soldiers of our country. It is important to me that people recognize the New Israel Fund for what it is. It is supported…so that Israeli soldiers will be weakened.”

Yanay adds: “Their budget is more than anything we have, so it is not a fair fight. We are not a political organization. They are political.”

Are the allegations true? Deputy Speaker of the Knesset Yoni Chetboun says “yes” and flatly asserts, “The main goal of the NIF is to undermine the Israeli army, by knowingly financing left-wing Israeli groups that try to get young Israeli soldiers prosecuted for war crimes.

Knesset member Yariv Levin agrees. “The NIF’s lobbying and its funding activities are all part of a campaign to destabilize the IDF. They want to ruin the good name of the IDF, making it more possible to take soldiers to international courts.”

The New Israel Fund has heard these allegations many times before and forcefully rejects them. NIF vice president Naomi Paiss concedes, “We are not about soup kitchens. We are about social change.” But Paiss claims the critics are just right-wing political opponents. Chetboun, Levin, and Kershenbaum are indeed considered to be on the political right. But they and others say this rebuttal only proves their point – the NIF is not a charitable entity but actually a wealthy political organization, empowered by huge American tax subsidies bestowed on its American donors, many of whom may not understand the true impact of their contributions. 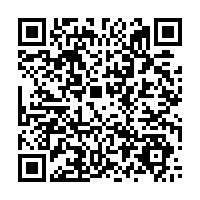