She is very bright, talented, and personable. Her father is a distinguished ben Torah, refined, respectful, and genteel. I’ve known him for years and, I dare say, he is a tzaddik. Her mother is an outstanding professor, voted one of the most popular in the U.S.! Her two grandfathers were exalted members of my community.

So why am I vigorously opposing the candidacy of Adina Miles-Shashitsky, who is running to be Democratic district leader in the 45th Assembly District, which comprises densely Orthodox Flatbush, Brooklyn?


Because Miles-Shashitsky’s carefully crafted online persona is that of a Madonna (lite), testing – even flouting – the boundaries of tznius that are already under siege in our community.

Miles-Shashitsky aims to be funny, but her comedy is “ditzy” as she bounces around in various costumes, exhibiting a forwardness and innate immodesty in both comportment and dress. She rails against Jews who are concerned with female tznius, calling them patriarchal, and lectures those who have the chutzpah to criticize an ostensibly frum woman who posts a video of herself dancing as some sort of seductive Scheherazade.

I can go on to describe some of the horribly inappropriate comments men make regarding her appearance, but this is a family paper. Miles-Shashitsky doesn’t even have the good taste or common sense to delete actual vulgarities.

Miles-Shashitsky has 38,000 Instagram followers, to whom she once sent out an erev-Shabbos greeting urging “dialogue” with the LBGT and off-the-derech crowds. Is that what we want our children doing?

She has also taken smiling pictures and videos of her simpering over her dear friend Abbey Stein who proudly celebrates his distinction as being the first “chasidic transgender”! His whole raison d’etre is kashering this flagrant misbehavior and making it acceptable to Orthodox Jews. Yet, this 30-something-year-old mother of two – who flippantly, and tellingly, refers to herself as “Flatbush Girl” (emphasis added) – is an all too-willing accomplice in his crime.

Most horrifying is her joking and constant laughing on a split-screen video with a teen who speaks out about the joys of making a “mean” chalav-Yisrael cheeseburger! Miles-Shashitsky giggles as she asks her how it tastes as she hasn’t tried it “yet.” She concludes by accepting accolades from the girl who praises her “defying normal,” urging her to “never stop.” Miles-Shashitsky smiles and tells her to enjoy her burger and pledges to continue her own “activities.”

Recently she even called for a Tisha B’Av nidcheh (postponed to Sunday) to be canceled and complained that women can’t blow shofar.

Miles-Shashitsky is running for district leader, but she has made it clear that she views the position as merely a stepping stone to higher office. Once in, the damage she will do as a more prominent role model to our impressionable youth will increase exponentially. She will also undoubtedly cause many a chillul Hashem as she advances her ultra-liberal social agenda.

People think tznius is just about covering certain limbs. But that’s merely ground zero. Tznius is also about the tightness of clothes;  eye-attracting colors; and manner of attire. It’s the way one comports and presents oneself. Women with an innate dignity don’t objectify themselves nor do they always seek attention. Doing so is rank immodesty.

Sometimes doing the right thing requires hours of effort or a significant financial commitment. The religious challenge on Election Day requiresneither. All that’s necessary is “shev v’al ta’aseh” – to sit it out and take no action. Do not go out to support or encourage this person who is already harming our youth.

Ask Hashem that in return for withholding your support from a not-ready-for-prime-time, negative role model, Hashem give you and your children a year of kedusha, tznius, health, and everything Yiddishly positive.

One final word: Where are the community’s over 200 neighborhood rabbanim, Rebbes, roshei yeshiva, mashgichim, and high school teachers – men and women alike – on this issue? Their silence is deafening, deeply disappointing, and shocking.

The late talk show host Bob Grant would often declare: “Your influence does count! Use it.” Inform your family, friends, and neighbors. Use this situation as a teaching moment for your children and family. Discuss with them the full meaning of tznius.

Miles-Shashitsky could not have gotten so far in her career with an educated laity and active rabbinate. Let’s band together to ensure we never be caught sleeping again. 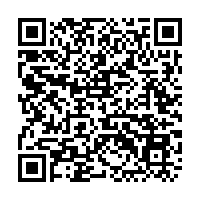