If you haven’t heard of Adina Miles, a.k.a. Flatbush Girl, it’s probably because you’ve wisely blocked all your friends who used to email you YouTube and Instagram links, because there’s no other way to describe this young woman other than a burgeoning millennial hurricane smack at the heart of America’s largest and arguably most observant Jewish enclave.


Her gentle, and then a lot cruder depictions of the idiosyncrasies of her community have earned her thousands of dedicated followers. The owner of Flatbush Media, which works with Orthodox Jewish businesses to establish a digital and social media presence, Miles now decided to cash in on her fame and make her first political mark.

So, naturally, having provoked the religious Jewish community, she is now threatening the Democratic machine, too. All of which does not mean that we don’t find many of her videos annoying, or that we think she has an earth-shaking message to deliver – but you have to admire her chutzpah.

Or, as she put it: “I think I am perfect for this role because I have 38,000 followers on Instagram and that just shows a certain propensity to be able to rally an audience around me. I know how to make my message resonate. I know how to get people to unify for a cause and for a belief and for having that I’m also able to represent my people before the politicians.”

Which, admittedly, one-ups even President Trump’s Twitter message, namely that his tweets are popular because he is. In Miles’ social media-saturated world, those values are reversed.

Her official literature suggests Adina Miles “has been publicly fighting for local issues and rights for the last 3 years. As FlatbushGirl on Instagram she champions issues ranging from minority & women’s rights and religious freedoms, to just cleaning up the streets.”

Fair enough, but it’s safe to say that those issues, rather than to be the focal point of her campaign, instead serve as a platform for Miles’ neighborhood-level cult of personality, and more than a little rebellion against the powers that be and the modes governing the religious Jewish community.

As Rabbi Yehuda Levin put it in our own Jewish Press (‘Flatbush Girl’: Leader Or Misleading?): “Miles-Shashitsky’s carefully crafted online persona is that of a Madonna (lite), testing – even flouting – the boundaries of tznius that are already under siege in our community.”

Rabbi Levin had to have spent a grueling amount of time viewing Miles’ YouTube opus—unless he assigned the task to a younger underling—because his opinion piece is chock full of details of just how raunchy the candidate for the 45th Assembly District Leader is. Trust us, he is right. In fact, it’s safe to say that the Flatbush Girl social media image is the message, to paraphrase Marshall McLuhan.

This fact is made clear by Miles’ own campaign message, which is quite flat on social issues, but filled with verve and self adulation on the social media thing:

“She reaches tens of thousands of people in the local community on a daily basis on social media by sharing frustrations, humor, and empathy for everyone. […] She uses her voice to shatter the glass ceilings put up by the establishment. While her opponent is unknown among the average folk on the street, Adina is deeply rooted in this community, where she proudly raises her family. She is one of us; and she has a voice.”

This “I’m a woman, hear me roar” battle cry is sadly ignorant of the meaning of the term “glass ceiling,” seeing as she is running against a woman incumbent. But the disturbingly Trumpian essence of her campaign is revealed by the line “her opponent is unknown among the average folk on the street.” Vote for me, I’m famous, has become the all-American political slogan, replacing the tattered Vote for me, I fought in a war, or Vote for me, I was a tough district attorney, or even just Vote for me, I’m really smart and educated.

Having said all that, we also must recognize that Miles’ sweeping and brash style may be just what her district and the rest of America need. In a July interview with Kings County Politics she was asked, “How important do you think it is for an elected official within the frum and Hasidic community to address the opioid crisis, both within that community and the greater community?”

Miles responded that the answer lies in “removing the stigma against less dependent drugs,” such as Marijuana, suggesting that “to obliterate the conversation around weed, around marijuana, is to basically create a breeding zone for obliterating the conversation for drugs that really can kill a person.”

She stressed that “part of having this conversation is actually recognizing what is the youth interacting in, what kind of drugs is the youth consuming and which drugs are a problem and which ones are less of a problem. And I feel like we just lumped them all into one breed, of anything is just bad, and a lack of that distinction is just making things more of a breeding ground for danger.”

Which is a reasonable and well constructed argument, quite befitting a Democratic candidate running for office in a blue state such as New York.

As to her social media thing, Miles’ campaign describes the benefits of her digifame to the voters: “Imagine a representative that is readily available all the time on social media and can put pressure on politicians to get things done like no other, since she has a bigger audience than anyone else on the local political level. With Adina representing us, corruption and gridlock will tremble before our voices.”

OK, we admit we included that last quote just to be able to share the “corruption and gridlock will tremble before our voices” Internazional-sounding declaration, which is also a mixed metaphor (it should be tremble before our SMSs). But the essence of her promise is not bad: I don’t have a life, I walk the planet with my eyes glued to my cellphone, I won’t ignore your phone message because I’m constitutionally incapable of ignoring digital messages.”

Finally, we must say something about the incumbent, Margarita Kagan, a Jewish immigrant from Belarus (formerly in the Soviet Union). She has a Facebook page, but it is woefully uninformative: she studied at the Belarusian State Academy of Music and worked for VitAmore Bio-Identical Hormone Replacement Therapy. Her campaign literature is almost exclusively in Russian: ГОЛОСУЙТЕ НА ПЕРВИЧНЫХ ДЕМОКРАТИЧЕСКИХ ВЫБОРАХ 13 СЕНТЯББРЯ 2018 ГОДА (Vote on primary Democratic elections 13 September, 2018). Which suggests Kagan is banking on her own constituency to carry the day for her. So, once again, it’s the Russians vs. Instagram, but with all the orders reversed.

Incidentally, as Esther Adina Miles Sash repeats ad nauseam on her campaign, the job of District Leader does not pay a penny, you actually pay for some stuff out of your own pocket. Which, in party politics, means the pay is in patronage jobs. So, any Instagram users itching for a civil service position? Call Adina. 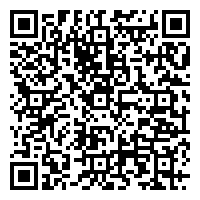