While it’s not too early for Republicans to start feeling optimistic, they need to realize this kind of resurgent mood isn’t unlike the ebullience of markets bouncing off a bottom. As market pundits like to say, even a dead cat will bounce when it’s tossed from a great height. After having fallen so low in public esteem during the last days of the Bush administration, it only makes sense Republicans’ spirits would surge at an impending reversal of fortune.

But Democrats haven’t given up as they look for new ways to enact policy prescriptions a majority of Americans are clearly uncomfortable with. The national Tea Party movement, initiated as a grassroots reaction to overspending in Washington, has gathered supporters disgusted with both sides. While you might think these folks would naturally be more sympathetic to the GOP because of Republican calls for fiscal conservatism and smaller government, that’s not enough anymore given how Republican politicians have so often fallen off the wagon of fiscal and moral probity. Nor are Tea Partiers the only ones in open revolt.

According to David Bodamer, a 37-year-old high school history teacher and football coach from upstate New York and president of the New York State branch of the recently founded national Conservative Party, his group “doesn’t feel the Republican Party is ever going to return to a Conservative position.”

That’s the reason, he explains, they decided to found a party of their own, despite the sorry record of third party movements in this country historically (with the exception of the Republicans themselves, of course, who began as just such a movement).

“We’re challenging the Republican Party status quo,” says Bodamer, “because the Republicans have left Conservatives out in the cold…. People are sick and tired of the status quo and are looking for something else…. People are telling us this through Tea Parties, Town Halls and in other ways. We’re not a small insignificant group of ‘wackos’ as the mainstream media portray us.”

Besides his role at the state level of the new group, Bodamer is also national party treasurer and a board member of the new organization that has affiliates in at least eighteen states across the nation (up from ten only a few months ago). Bodamer identifies himself with a kind of Glenn Beck conservatism though he doesn’t endorse Beck across the board. “Personally I’m comfortable with that comparison,” he says, “(but) I don’t know him well enough to say we’re on the same page 100% of the time . . . overall we agree on many key positions, especially about the improper size of the Federal Government.”

Cutting government back down to size and a return to a stricter understanding of the Constitution are the cornerstone issues of Bodamer’s new national Conservative Party. How does it differ from New York State’s own long established Conservative Party (since the two groups share a name)?

Bodamer again: “It only took the Republicans six years to win their first presidential election in 1860 (with Abraham Lincoln). I’m not saying that we’re trying to accomplish this now… In today’s world it’s not possible at this stage. However, we can begin to make a difference. We’ll start locally and grow from there. The Republicans are split…even the Democrats are splintering and there’s an outcry for Conservative leadership…a void that needs filling. ”

Bodamer says his group is very comfortable with the Tea Party movement and believes the two organizations are moving in the same direction. “We have a lot in common with those who follow this movement and we’re letting them know about us as they have let us know about them. There’s a lot we can accomplish together.” The new nationwide Conservative Party, says Bodamer, aims to replace Republicans state by state, starting at the most local levels to build a new national party organization that will finally represent the longtime conservative principles of small government, individual freedom and lower taxation and spending. 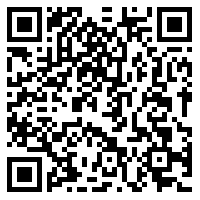