After several meetings with a bright and affable Harvard sophomore who made it abundantly clear that he was a “devout atheist,” I was utterly confused.

As a rabbi and the director of MEOR programming at Harvard, I spend the majority of my time working to inspire, educate, and empower the budding Jewish leaders on campus. Though I dress with a modern flair, my rabbinic look, complete with a black velvet kippah, make it clear to all that mine is a traditional, theistic view of life.


Granted, we always met in a trendy coffee shop, and the meeting came with an offer of a hot beverage or even a scoop of ice cream, but he rarely took advantage of those perks. So I wondered what this unabashedly liberal student was really after.

“Why do you meet with me?” I finally inquired.

He fielded my question without batting an eye. It was simple, really. He was in search of purpose and meaning, and was hoping I had a healthy dose of it to spare.

On today’s competitive college campus, the pace is frenetic and allows for little time to focus on “trivial” matters, such as life’s meaning. Many of the students I meet are preoccupied with a great many things. They are hyper-focused on their problem sets, term papers, and numerous extracurricular activities, and are constantly haunted by the invisible voice of FOMO (Fear of Missing Out) in the social sphere. It’s difficult to have a coherent thought about schoolwork with that kind of noise, and it’s almost impossible to find time to consider the “big questions.”

Even worse, one student recently told me he believes many students have no interest in developing genuine friendships, only welcoming the advances of those who can help them get ahead socially or scholastically. In this setting, it is no wonder that so many students are gasping for spiritual air. Amid all the tumult, a need for quiet arises, as well as a desire to think about something else entirely, something more substantial – even if that something propels them into uncomfortable territory.

Which brings me to the struggle on campus to define the role of college itself. Some believe it is a place for the unabashed intellectual freedom of ideas, no matter their source. As a recent letter from the University of Chicago to incoming students explains: “At U of C, you will find that we expect members of our community to be engaged in rigorous debate, discussion, and even disagreement. At times, this may challenge you and even cause discomfort.”

The opposing view believes that college must provide a comfortable intellectual environment without forcing discomfort, even at the expense of learning. As Harry Lewis, the former dean of Harvard, suggests: “Ensuring that the intellectual and emotional environment is ‘comfortable’ for students is an almost unquestioned priority in American higher education, even at Harvard – in spite of the fact that real learning about values can take place only when one’s own values are challenged.”

In light of events at several American institutions over the past year, it appears as though most colleges agree with Mr. Lewis, making the University of Chicago perspective a minority viewpoint. But this means we have reached a paradox.

For many, the college environment is entirely bereft of meaning, and they begin actively seeking out something they can define as meaningful. But that very search leads to deep questions about life, heritage, and spirituality. Jewish students find themselves questioning the materialistic perspective held by so many in their circles, pondering the implausibility of Jewish survival through the ages, and considering their roles in the global Jewish community. Undoubtedly, these questions will challenge their initial assumptions to the point of internal discomfort, a position that many millennials would deem inappropriate and unfair.

However, this is where love comes in. Institutions are notoriously poor at providing love or forging relationships based on trust. Yet those are the two main ingredients required to create a “safe space” for those who are developing rapidly in an academic jungle, as well as the only true way to coax them into exploring viewpoints and experiences that were non-existent in their formative years.

My job as a campus rabbi is to lead students down that path of internal and external exploration, enveloping them in enough warmth and encouragement that they are not only able to embrace the discomfort the process produces but figure out how to grow from it.

Every student I encounter understands I have chosen this calling because I believe a human being only reaches his or her potential when life is cosmically meaningful and I want them all to reach their greatest potentials because I care. Whether I end up on the same page as a student is essentially inconsequential, as what makes the students great is their willingness to tackle uncomfortable questions. That ability is something they can take with them the rest of their lives. It is, in fact, the key to finding true meaning in every area of life.

I met with the “devout atheist” several more times throughout the semester and slowly realized I was no longer the one asking the questions. One day he asked me the mother of all theological questions: “Why do you believe the Torah is true?” A satisfied smile stretched across my face.

It was at that moment that I knew our meetings had been truly successful. He had asked a question whose implications were cosmic and quite likely immensely uncomfortable. And yet that’s exactly where he wanted to be. 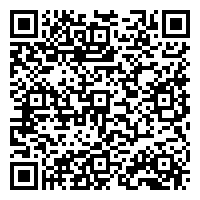