The Talmud (Yebamot 62B) teaches that Rabbi Akiva’s 24,000 students died from a divine plague caused by their lack of mutual respect for each other. In commemoration of these Torah Scholars, our Rabbis instituted a period of mourning during this time period between Pesach and Shavuot—called The Omer—which includes the custom for men to refrain from shaving.

The famed Iraqi Kabbalist of the prior century, Rabbi Yaakov Chaim Sofer, writes that all of the observances connected with this period are for the purpose of bringing Am Yisrael closer to each other and closer to G-d (Kaf Hahayim: Orach Hayim 493). Furthermore, a person who finishes this mourning period and does not continue to grow both spiritually and inter-personally has not fulfilled their obligations. This is a very beautiful concept…but what does growing a beard have to do with spiritual development and being nice to our fellow Jews?


My own Rabbi once explained this question by recalling the story of how he had gotten his driver’s license many years ago. The State Trooper who tested him wasn’t particularly impressed with the navigation skills of the young Yeshivah student who struggled to do a three-point-turn and to parallel park outside of the DMV. So at the end of his test, when the imposing figure of the State Trooper loomed above him said, “I need to tell you something,” my Rabbi was appropriately shaking in his tzitzit.

In a stern voice he told my Rabbi, “When I look at you I see a young Jewish man with a big beard on his face. I like how you’re dressed up nice in a yarmulke with your side-locks on your head and a spiffy black suit. I like everything about it.”

My Rabbi didn’t know what to do so he thanked him politely.

The Trooper continued, “I’m a State Trooper right here and right now but when I go home at the end of the day and I take off my hat and uniform, I’ll become a regular citizen just like the rest of the folks in my neighborhood. But you don’t ever get to take off your Jewish uniform and you always have to act like a good man no matter where you are or what time of day it is. For that I’ll let you pass the test if you promise to learn how to park that car a bit better.”

The Trooper’s message was clear. If he had spoken a word or two of Yiddish he probably would have said: If you’re dressed like a Jew then you need to be a mensch. My Rabbi remembers that driving test to this day and always teaches how important it is to act appropriately as a representative of the Jewish people to the rest of the World and to ourselves.

Perhaps this explains what growing a beard has to do with bringing Am Yisrael closer together during the period of The Omer. Since the days of Abraham our forefather, Jews have been wearing beards. It’s as critical to our outfit as pinstripes are for the New York Yankees! Growing a beard makes us look more Jewish and hopefully it will make us act more Jewish too in “loving our neighbors as ourselves.”

Religious Man Sues McDonald’s for Demanding He Shave His Beard 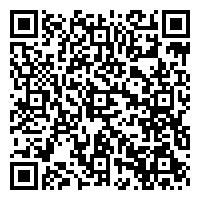