On Monday America celebrated the 240th anniversary of the adoption of the Declaration of Independence, which condemned King George III for “(obstructing) the Administration of Justice.” On Tuesday the American left celebrated as the federal government obstructed the administration of justice on behalf of one of its ruling families, the Clintons.


Last week the attorney general of the United States met with former President Bill Clinton, whose wife and foundation were under FBI investigation. They both insisted nothing untoward happened. Days later The New York Times reported that Hillary Clinton might offer Lynch a position in her administration.

Over the holiday weekend the Obama administration announced that President Obama would fly to North Carolina with Clinton aboard Air Force One in order to campaign with her. Americans would, in part, foot the bill for the travel.

On Tuesday FBI Director James Comey called a supposedly impromptu press conference to announce his findings in the investigation of Clinton’s private email server. He began by announcing that nobody knew what he was about to say, which seems implausible given that Obama was preparing to go onstage with Clinton at the time. Is it even within the realm of imagination that Obama would stand next to Clinton hours after Comey announced the intent to prosecute her? Of course not.

Then, Comey proceeded to lay out all the reasons why Clinton should have been indicted: She set up multiple private email servers, all of which were vulnerable to hack; she did not set them up in order to use one mobile device, as she has so often stated; she transmitted and received highly classified material; her team deleted emails that could have contained relevant and classified information; she knew that classified information was crossing her server. He concluded that Clinton’s team was “extremely careless in their handling of very sensitive, highly classified information.”
This was all criminal activity.

But Clinton is a member of the Royal Family. Thus, said Comey, she was innocent. Comey tried to say he wouldn’t recommend prosecution because she didn’t have the requisite intent, but the law doesn’t require intent; it requires merely “gross negligence” under 18 U.S.C. 793. In fact, even the level of intent required to charge under statutes like 18 U.S.C. 1924 and 18 U.S.C. 798 was clearly met: the intent to place classified information in a non-approved, non-classified place.

Nonetheless, Clinton would be allowed to roam free — and become president. “To be clear,” Comey intoned, “this is not to suggest that in similar circumstances, a person who engaged in this activity would face no consequences. To the contrary, those individuals are often subject to security or administrative sanctions. But that is not what we are deciding now.”

This is the Wilsonian legacy, finally achieved after a century of waiting: the Big Man (or Woman), unanswerable to the law, approved by the population without regard to equality under the law. We now elect our dictators. And they are unanswerable to us — except, presumably, once every four years. The commonfolk, on the other hand, find themselves on the wrong side of the government gun every day.

Tyranny doesn’t start with jackboots. It begins with the notion that a different law applies to the powerful than to the powerless. Under Barack Obama tyranny has become a way of life. Ronald Reagan always said that freedom was one generation away from extinction. It looks like we’ve finally found that generation. 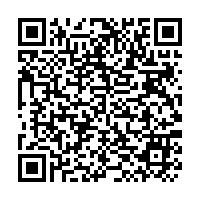