A consistent Palestinian strategy for seeking statehood while blaming Israel for its absence has been codified through the narrative of “occupation.” The anniversary of the 1967 war brought this to the forefront in endless accusations regarding the Israeli “occupation” of the West Bank. There is even an assertion that Gaza is still “occupied.”


Occupation is a Palestinian tool to avoid negotiations, since “no tactical brilliance in negotiations, no amount of expert preparation, no perfect alignment of the stars can overcome that obstacle.” Nor is progress in Palestinian economics, institution-building, or civil society possible, because –  as Nabeel Kassis, Palestinian Minister for Finance, put it – “Development under occupation is a charade.” Even the Palestinian Authority’s own repression and crackdown on freedom of the press is, according to Hanan Ashrawi, caused “of course [by] the Israeli occupation.” And despite the palpable underdevelopment of Palestinian institutions and civil society, Europe must keep funding them, since “Preparedness for several possible scenarios with a long-term focus on functioning institutions is what is required from the EU and other donors in Palestine.”

In 2011, when Palestinian President Mahmoud Abbas put forward the Unilateral Declaration of Independence (UDI) at the UN, we saw this process in action. The approach is specifically designed to prevent any direct negotiations with the State of Israel. Some Palestinian supporters even opposed the UDI precisely because Palestine “lacks the most essential elements of statehood: independence and sovereignty, and effective control over its territory. The fact is that Israel, the occupying power, has the final say in most matters affecting the destiny of the Palestinian people.”

Despite the high-sounding rhetoric about the declaration, which followed the 1998 Palestinian “Declaration of Independence,” its goal was to put the onus for a Palestinian state on the UN. But Palestinians are already treated by the UN like no other entity, whether state or people. Vast financial and administrative resources are dedicated to the “Exercise of the Inalienable Rights of the Palestinian People.” Despite these efforts, which have cost many millions and have lasted almost 70 years, long predating the 1967 “occupation,” there is still no Palestinian state.

Palestinians and their supporters want to have the occupation both ways. It is the trump card for their own refusal to negotiate and failure to develop their own society, but it is also a useful tool for further internationalization of the conflict and prolongation of their international welfare status.

This pattern has been clear for decades. Even Hillary Clinton, then US Secretary of State, understood the façade. “There is no substitute for face-to-face discussion and for an agreement that leads to a just and lasting peace,” she said. “That is the only path that will lead to the fulfillment of the Palestinian national aspirations … Nor is it viable to build the institutions of a future state without the negotiations that will ultimately create it.”

Until now, however, successive American administrations have challenged only Palestinian rhetoric, not Palestinian methods – and the rhetoric of “occupation” has not been directly challenged at all. This is because, alongside “refugee-ness” and victimhood, it stands close to the center of Palestinian identity, at least in political terms.

The UDI strategy was a diplomatic way of selling the so-called “occupation.” Nothing can happen in Palestinian society or politics, such as the development of Palestinian state institutions or a culture of peaceful coexistence with Israel, because of the “occupation.” Empty symbolism like the UDI shrewdly facilitates the long-term Palestinian goal of eradicating Israel by co-opting the UN and the international community of NGOs. This long march through the institutions has broadened the global delegitimization of Israel at a low cost. The inevitable failure of UDI efforts to create a viable Palestine nonetheless rally the cause, while its political successes undermine Israel. The speed of change is slow enough to maintain the illusion of peace and all-important Western aid.

Threats are part of any diplomatic toolbox, and Palestinians excel at them. Insufficient American trumpeting of “even-handedness,” and, above all, any challenges to Palestinian narratives of victimhood (and the resulting need for international aid), produce new rounds of threats. The Palestinian Authority now sees stagnation and lack of appetite within the Trump administration, especially after Jared Kushner’s last visit. Thus did Ahmad Majdalani, an aide to Abbas, comment after the meeting that “if the US team doesn’t bring answers to our questions this time, we are going to look into our options, because the status quo is not working for our interests.”

Of course, declaring a de facto state does not make it a reality. Nor will declaring that state to be “under occupation.” The reality is that both the essential non-existence and the victimized character of the Palestinian state represent a conscious decision to embrace failure. This will not change unless there are direct negotiations, a choice the PA has consistently refused.

While a functioning Palestinian state remains desirable, it is telling that the Palestinian leadership has refused to directly negotiate with Israel and uses bodies like the UN to endorse a “virtual” state with no viable institutions. Is the Palestinian goal a state of their own, or just the erasure of Israel? If the latter, it is to be followed by what? Insisting upon a Palestinian state must go hand in hand with reviving the moribund Palestinian political system and institutions that would support it, like a free press. But these are demands that should come first from Palestinians. When such demands come from Israel or Western countries, they collide with the narrative of “occupation.”

Palestinian nationalism has never seen the conflict as one between two national groups with legitimate claims and aspirations. Israel’s existence – indeed,  Zionism itself, the very idea of Jewish nationalism – is regarded as wholly illegitimate. Palestinian acceptance of the two-state solution was a means of appeasing the West and its stated desire for all parties to live in peace according to democratic, national ideals. But for Arafat in his day and now for Mahmoud Abbas, the two-state solution was a mechanism with which to buy time until the Palestinians can finally overcome and defeat Israel. The language of “occupation” plays a key role.

Whether Palestinians think they are an “occupied state” or “Palestinian territories under occupation,” as long as Palestinians cling to the notion of being “occupied” and Israel remains the “occupier” we are destined to see more of the dynamics of the past and fewer possibilities in the future. Until we see more self-awareness, self-criticism, and a sense of accountability, Palestinian identity and statehood will remain occupied in perpetuity. Palestine is indeed “occupied” by shadows of its own making. 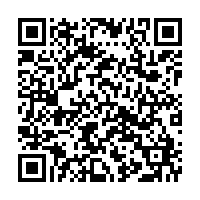