A small group of Shiite Lebanese political activists gathered this month at a conference in Beirut to express their opposition to the political power wielded by Hezbollah and Amal in the government.

In response, the conference participants – dozens of professors, writers, journalists and well-known business leaders — have been called “traitors” and have faced accusations on social media of being influenced by foreign agents.

Among the participants were leftists and secularists as well as clerics and former Hezbollah fighters as well, according to organizers who spoke with Al-Arab.

Dr. Harith Sulaiman, one of the leaders of the group, was quoted by the London-based Arabic-language Al-Arab newspaper as saying that he and his fellow activists are aware they’ll “pay” for taking “an independent stand against the Shiite duo of Hezbollah and Amal.”

The conference attended by Sulaiman and his colleagues this month will shortly be followed by parliamentary elections, which haven’t been held in Lebanon since 2009.

The group is hoping to be able to “correct the division of Lebanese politics” by providing an alternate Shiite choice on the ballot.

“I have been a political activist and patriot for the last 40 years; I studied in France, and I might have had certain ambitions, but I did not try to achieve my goals through either of the two Shiite powers,” he said. “I’ve now decided to retire because I do not want to follow either of them.”

Media worker and activist Ali Al-Amin said, according to Al-Arab, “There exists a Shiite dilemma in Lebanon: We can’t dream of being able to break Hezbollah’s dominance. Hezbollah is a regional armed force that uses its power to practice sectarian mobilization, and it is troubled by the existence of Shiites who declare that they oppose its policies and ideologies.”

Al-Amin said the group has been accused of “treachery” and on several occasions has been oppressed as well.

“Any Shiite who opposes Hezbollah,” he said, “is accused of treason.” 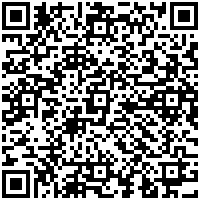