Nizar Ayyash, head of the Gaza Strip fishermen’s “tribe” has called on the newly reconciled Palestinian Authority government headed by to expand Gaza’s restricted three nautical mile fishing zone to 20 nautical miles. Ayyash told Ma’an on Tuesday that “there is no security problem associated with the fishermen, only the livelihoods of this segment, which supports more than 50,000 Palestinian people.”

“In contrast,” Ayyash claimed, “the Israeli occupation prohibits all fishing supplies from the Israeli crossings, the most important of which is fiber glass. [The fishermen] need big boats.”

Of course, the PA government does not set those restrictions on how far the Ayyash tribe can sail, the Israeli Navy does. It imposed a maritime blockade on the Gaza Strip in 2007, part of the air, land and sea blockade that was Israel’s response to the Hamas takeover in Gaza. The Navy has since vacillated over the years on just how far Gazan fishermen could sail, from three to nine to six nautical miles, depending on the tribe’s level of collaboration with Hamas terrorism.

Hamas smuggling efforts from the sea complements its construction of terror tunnels underground, according to the IDF, which regularly reports on Hamas’ naval efforts which include shooting and diving exercises. In April 2016, the Navy, Shin Bet, and Israeli Police arrested fisherman Salim Jamal Hassan Na’aman after his vessel had deviated from the designated fishing zone. Na’aman confessed to being involved in smuggling weapons, ammunition, and materials used to manufacture rockets intended for Hamas and other terror groups in the Gaza Strip. He also revealed information on Hamas plans to use fishermen to disguise terror activity and how the same fisherman support smuggling efforts from Egypt to the Gaza Strip.

In November 2016, Israel indicted another Gaza fisherman the Egyptian Army had caught smuggling weapons to the Strip. In 2015, before getting caught, the 23-year-old fisherman was smuggling for Hamas and earning $1200 for shipments of roughly 400 pounds of arms and ammunition.

Ayash on Tuesday called on the PA government to exert pressure on Israel, whether through Cairo or the international community, to pressure the Navy to expand the fishing area to 20 nautical miles, and permit fishing equipment to go through the border crossings.

According to the Al Mezan Center for Human Rights, from 2000 to 2017, the number of shooting incidents involving the Israeli Navy and Gaza fishermen reached 1,053; 627 fishermen were detained; 7 fishermen were killed in these incidents, 122 wounded; 152 boats were confiscated. 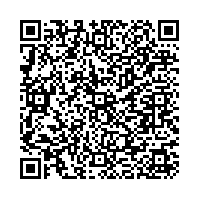