Watching the Givat Ulpana fiasco was like watching a train wreck about to happen. While the defeat in the Knesset today might still have happened in an alternate history, it definitely did not need to be the crushing defeat that we witnessed today.

On Wednesday, ahead of the Knesset vote, I visited the Ulpana Hunger Strikers outside the Knesset.


When Palestinians go on hunger strikes, you will never see bottles of drinks around them, not water, not juice, even if many of them are actually eating on the sly.

Sometimes, for the camera, you’ll see someone handing a Palestinian a small cup of water with a straw to sip from as he’s lying down in exhaustion.

You know these hunger strikers are serious because that’s what you see on TV.

But in the Ulpana tent, I saw something else entirely.

Large bottles of juice were sitting next to each striker while they were industriously typing away on their laptops as reporters filmed them. No one looked exhausted, no one looked tired, and, certainly, no one looked hungry.

One reporter even asked them to take the drinks off the table while she took some photos. They actually argued with her about it.

One can only hope they’ll be able to take off the weight they’ve gained from all that sugar water.

Can you be any less media savvy than that?

Unfortunately, you can, as the National Union party proved in their press conference just hours later.

In the Knesset conference room sat some of the National Union MKs (rumor has it that two of them haven’t talked to one another in months), along with some Likud MKs who defied their party head, the Prime Minister, to be there.

My jaw dropped when some of the National Union MKs began disparaging the entire Likud – as their Likud allies were sitting right next to them.

And that’s when the fighting began – while the cameras were rolling.

MK Michael Ben-Ari and MK Tzipi Hotoveli began to fight, Ben-Ari attacking the Likud and Hotoveli defending her party. And it’s not that Ben-Ari said anything technically incorrect, or that Hoteveli’s arguments held water (audience members even corrected some of her more obvious mistakes).

It finally reached a point where Hotoveli got up and walked out, right in the middle of the press conference – but, to her credit, announced that she would still vote for the bill – despite what had just ensued.

Is this how the Right expects to win and keep allies? By spitting in their faces? By acting like children in front of reporters? By not showing even a little savvy?

If only it were just a matter of being unschooled in media issues. Unfortunately, it’s worse.

Two weeks ago, the National Union was prepared to bring their bill to save the Ulpana neighborhood to a vote. Back then, with most Right wing MKs making statements about saving the houses, it had a chance of passing.

But Netanyahu fooled them. He asked them to hold off for two weeks, to give him a chance to find a solution to the problem that would not catch the High Court’s ire. If he failed, they could go ahead with their bill.

Except Netanyahu wasn’t looking for a solution to save Givat Ulpana during those two weeks. He needed time to find a way to defeat the bill.

But the National Union, in their honesty and good faith, and naivete, if you ask me, gave Netanyahu the two weeks he needed to line up his troops and kill their bill.

Time and again, we see Israeli Right-wing politicians and activists playing touch football in a tackle game, and time and again they walk away with bloody noses, if not worse.

To save Givat Ulpana we need a quarterback and receivers and tackles willing to do whatever it takes to get the ball into the other team’s end zone.

So stop playing like you’re still in Little League! 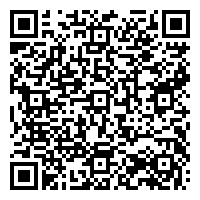