For more than six years, the Internal Revenue Service has been trying to fend off accusations that its process for granting tax-exempt status discriminated against applicants expressing political views at odds with those of the Obama administration. This discrimination against political viewpoints the Democrats disapprove of is a clear, even astonishing, violation of the First Amendment. For that reason, the IRS has lost many more of these battles than it has won. It’s lost battles not only in court against the victimized non-profits; it’s even lost against the Treasury Department’s own inspector general, which conducted a detailed study and concluded that many of the most serious accusations of discrimination were true.

In its court battles the IRS has been represented by the Justice Department, whose job it is to represent federal agencies when they are sued. No one will be shocked to learn that under the Obama administration, and Attorneys General Eric Holder and Loretta Lynch, DOJ lawyers have used every tool at their disposal to defeat the IRS’s accusers even when those accusers are agreeing with Treasury’s inspector general. That means that, according to the Obama administration’s own inspector general report, those victimized non-profits are right in claiming that they were discriminated against because of their political views.


That litigation strategy needs to change.

Upon President Trump’s inauguration, the Justice Department will get a new boss: Jeff Sessions, President Trump’s nominee for Attorney General. The moment he takes office, General Sessions should direct the Justice Department lawyers—all of whom report to him—to change their litigation stance to reflect an important adage about how government lawyers should do business: “the government wins when justice is done.”

It’s time to see that justice is done in these cases.

Up until now, the government’s strategy has been to make the IRS cases take as long as possible and to resist every demand for discovery—the process by which litigants can request that their adversaries produce documents, or provide testimony, revealing what was really going on inside the IRS.

I represent the plaintiff in one of these cases—Z STREET v. Koskinen—which challenges the IRS’s six year delay in processing the application for tax-exempt status by an organization whose views on the Middle East were at odds with President Obama’s. In discovery, we’ve asked for information about how the IRS went about deciding what to do with (and to) our organization. But the IRS has produced virtually nothing that sheds light on its decision-making process. Other organizations in court against the IRS have been given the same treatment by the Justice Department’s litigation teams.

All of the members of those government lawyer teams report to the U.S. Attorney General. That means that when the new sheriff arrives in town he can give new orders on how these cases ought to be handled.

Attorney General Sessions should direct these lawyers to stop resisting discovery, and to stop trying to prevent the litigants—and the public—from finding out what the IRS was really doing to all of these organizations for all these years. This is not a matter of political payback, like the question whether Hillary Clinton ought to be prosecuted for what many think are her misdeeds, at the State Department and with the Clinton Foundation. It’s just a matter of letting the truth be told. Z STREET, like many of the plaintiffs in the other cases against the IRS, is not seeking money damages. We just want to know the truth about what the IRS was doing to us, and why, and at whose direction.

Another Supreme Court justice, a hero of the left, knew exactly what was called for in these cases: “Sunlight,” Justice Louis Brandeis said long ago, “is the best of disinfectants.” The nation, and the IRS itself, needs sunlight to shine on the internal doings at that agency. And letting in that light is an easy way for the new administration to fulfill one of its key promises to the electorate.

The government and the people will win when the sun is let in. Mr. Attorney General Sessions, that should happen at 12:01 pm on Friday, January 20, 2017. 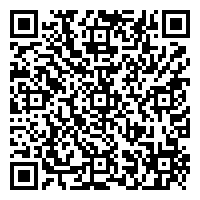