On Sunday the Ministerial Committee for Legislation approved a bill proposed by MK Amir Ohana (Likud), aiming to cancel National Service free internship positions in organizations that receive the majority of their funding from foreign governments.

The bill, which has won the support Prime Minister Netanyahu, seeks to end the phenomenon of organizations that act against the state receive state benefits. According to Ohana: “It is inconceivable that we ourselves provide subsidized manpower to organizations that work on behalf of foreign interests, depict Israel as a war criminal, protect mega-terrorists, and slander IDF soldiers who protect us day and night.”


According to 2015 figures obtained by the Zionist movement Im Tirtzu, from the Ministry of Agriculture – which oversees National Service – there were a total of eleven positions allocated to four MGOs that would be affected should the bill become a law: B’Tselem, Gisha – Legal Center for Freedom of Movement, Israel Social TV, and Hotline for Refugees and Migrants. In addition, one of the main placement organizations for the National Service, Shlomit, reported that the “Public Committee Against Torture in Israel” received one position.

Matan Peleg, CEO of the Im Tirtzu movement which exposed this scandal, said in a statement: “The approval of this bill is an important and necessary step in defending Israel from foreign governmental intervention. This is a historic day when the legislature regains its power to protect Israeli sovereignty against those working against it from within. We must act now to pass this bill into law, to end the embarrassing absurdity in which the state funds those trying to undermine it.”

Peleg concluded: “The Im Tirtzu movement will continue to work against those that seek to harm IDF soldiers, bereaved families, and Israeli sovereignty.” 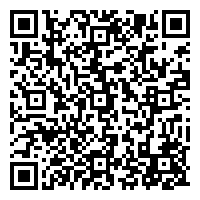