Fifteen countries illegally occupying other countries’ territories have denounced Israel for refusing to surrender the Golan Heights. It’s hard to know whether to laugh or cry – or perhaps just turn the page.

The current president of the United Nations Security Council, Chinese ambassador Liu Jieyi, recently chaired a closed meeting of the 15 council members and announced afterward that they share a “deep concern” about Israel’s position that it will not retreat from the Golan. They insisted that Israel’s presence on the Golan is illegal.

Ambassador Jieyi represents a Chinese regime that has been illegally occupying Tibet since 1950. China also illegally occupies various islands in the South China Sea, including the Paracel Islands, which it seized from Vietnam in 1974, and the Scarborough Shoal, from which it has blocked Phillippine forces since 2012.

Who are the other Security Council members who are so “concerned” about Israel controlling the Golan?

Among the permanent members of the Council, there’s Russia, which occupied a large portion of Ukraine just two years ago. There’s France, which occupies assorted islands in the Indian Ocean (near Madagascar) and Antarctica. And there’s Great Britain, which occupies a long list of small territories around the world, of which the Falkland Islands are the best known because of Argentina’s unsuccessful 1982 attempt to oust the islands’ British occupiers.

Among the non-permanent current members of the UN Security Council angry at Israel there’s Spain, which occupies the Canary Islands (near Morocco), as well as the cities of Ceuta and Melilla and seven other enclaves on Africa’s northern coast.

There’s Angola, which since 1975 has been occupying the territory of Cabinda. Somebody should ask the spokesmen for the Front for the Liberation of the Cabinda Enclave and the Republic of Cabinda Government in Exile what they think about Angola’s concern regarding the Golan.

The only Security Council member that tried to inject even a modicum of reason into the Golan Heights discussion was the United States. Although State Department spokesman John Kirby reiterated the standard U.S. opposition to Israeli administration of the Golan, he at least he acknowledged that “the current situation in Syria makes it difficult [to change the status of the Golan] at this time.”

That, perhaps, is the most important point to be made in this discussion. If Israel were to do as the UN Security Council is demanding, the Golan Heights would be in the control of the genocidal Assad regime or the equally genocidal forces of ISIS.

Anyone who does not appreciate what that would mean for Israel should read Hugh Nissenson’s classic Notes from the Frontier, a poignant chronicle of the months he spent on a kibbutz near the Syrian border in 1965 – that is, when the Golan was in Syria’s hands.

“The Syrian mountains [of the Golan] are about a thousand feet above us, and their fortifications on the slopes completely dominate our settlements,” a kibbutznik explained to Nissenson shortly after his arrival. “They shell us anytime they like, and there’s nothing we can do about it…”

Keeping in mind that Assad and ISIS possess weapons far more dangerous than those of 1965, it’s hardly surprising that Israelis are not anxious to return to the days of being attacked “anytime they like” and being unable to do anything about it.

Today there is something Israelis can do about it. They can stay right where they are and ignore the occupiers who hypocritically complain about others’ occupations. 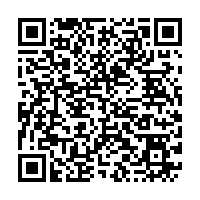