The far-left J-Street lobby, which calls itself a “pro-peace” and “pro-Israel” organization, received $576,500 dollars last year to push the Obama Administration’s Iran deal, via the Ploughshares Fund, according to an AP report.

The Ploughshares Fund, one of the main groups named by the Obama administration’s spin doctor Ben Rhodes, set its sights on other media organizations in its campaign too. Their goal, according to Rhodes was to set up an echo chamber of pro-Iran messages bouncing back and forth between different organizations and individuals.


For instance, utilizing the services of the GMMB.com ad agency, the Ploughshares Fund attempted to directly reach politically active US Jews via online advertising on Israeli and Jewish websites, with a budget in the tens of thousands of dollars.

GMMB was particularly interested in advertising on JewishPress.com, which did not run their ads. They were even willing to prepay for their campaign.

Two other sites GMMB expressed interested in advertising on were the Times of Israel and the JPost.com.

Banner ads that ran in the various newspapers and websites appeared to be from different organizations, which then led to different pro-Iran Deal websites and YouTube channels.

The Times of Israel ran ads for an organization called “No Nukes for Iran Project“, which of course supported the Iran deal.

Ads were also run on Google.

But the underlying account name from the back-end ad server sent to JewishPress.com said “Ploughshare Fund”.

One such YouTube channel heavily featured Peter Beinart calling for viewers to #DefendTheDeal, under the name “Iran Deal Forum”.

The Associated Press explored the 2015 Annual Report of the Ploughshares Fund, a fund mentioned in the expose/profile of Rhodes published last week by The New York Times.

In that profile, Rhodes boasted about the main groups responsible for helping to create the “echo chamber” that promoted the Iran deal despite facts that contradicted the hype.

A fact sheet distributed this weekend by The Israel Project (TIP) managing director Omri Ceren noted The Ploughshares Fund is a donation hub that has distributed millions of dollars in recent years to groups pushing the Iran deal.

After Congress failed to defeat the deal, Ploughshares President Joseph Cirincione published a video and letter boasting about how the echo chamber – over 85 groups and 200 people – was created with Ploughshares money: “groups and individuals were decisive in the battle for public opinion and as independent validators… they lacked a common platform – a network to exchange information and coordinate efforts.

“Ploughshares Fund provided that network… we built a network of over 85 organizations and 200 individuals… We credit this model of philanthropy – facilitating collective action through high-impact grantmaking – with creating the conditions necessary for supporters of the Iran agreement to beat the political odds” Cirincione said.

The Ploughshares Fund gave National Public Radio $100,000 last year towards the mission to report on the Iran deal, funding reports on related issues and NPR’s annual report. According to the mission statement of the NGO, its primary raison d’etre is to “build a safe, secure world by developing and investing in initiatives to reduce and ultimately eliminate the world’s nuclear stockpiles.”

But it was that NGO and others who were used by the White House to carry out what amounted to a deliberate propaganda campaign to mislead the American people.

In its probe of the 2015 Annual Report of the Ploughshares Fund, the Associated Press broke down into three kinds of groups, the network of 85 organizations and 200 individuals funded by the NGO:

Ploughshares has funded NPR‘s coverage of national security since 2005, the radio station said. Ploughshares reports show at least $700,000 in funding over that time. All grant descriptions since 2010 specifically mention Iran… Previous efforts… Ploughshares has set its sights on other media organizations, too. In a “Cultural Strategy Report” on its website, the group outlined a broader objective of “ensuring regular and accurate coverage of nuclear issues in reputable and strategic media outlets” such as The Guardian, Salon, the Huffington Post or Pro Publica. Previous efforts failed to generate enough coverage, it noted. These included “funding of reporters at The Nation and Mother Jones and a partnership with The Center for Public Integrity to create a national security desk.”

The 33-page document lists the groups that Ploughshares funded last year to advance its nonproliferation agenda. The Arms Control Association got $282,500; the Brookings Institution, $225,000; and the Atlantic Council, $182,500… Princeton University got $70,000 to support former Iranian ambassador and nuclear spokesman Seyed Hossein Mousavian’s “analysis, publications and policymaker engagement on the range of elements involved with the negotiated settlement of Iran’s nuclear program.” 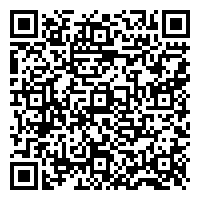