Do we expose corruption and unethical behavior? Do we strive to make our community one of yashrus, of uprightness? Or do we place much more energy into exposing heresy and taboo thoughts?


Is it when someone claiming Orthodox credentials declares that protecting the secular civil rights of openly gay and lesbian citizens is valuable in that doing so might protect the interests of all minority populations, including Torah-observant Jews? Or, rather, when someone claiming Orthodox credentials raises money for a charged sexual abuser of children or intimidates witnesses or calls the victim of such abuse a prostitute?

And what dangers disillusion and drive people away from Yiddishkeit? Are supposed ideological heresies causing young men and women to discard their prayer books? Or is witnessing corruption and criminality doing so?

Clearly, ideas are important and heretical ideas are not free of danger, but here is a proposal for our times: Let us put a temporary moratorium on rooting out ideological heresy, and refocus our attention on moral heresy. Let us take the zeal we have summoned in rooting out heretical individuals, and reorient it into a passionate effort to root out corruption and criminality in our midst.

Once we have cleaned up our house in this respect, then we can return to issues of ideological purity and impurity. 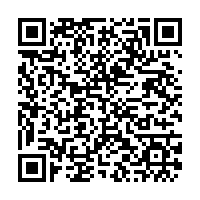